‘To us they’re street openings, not street closures’ supporters on why they back the Low Emission Neighbourhoods 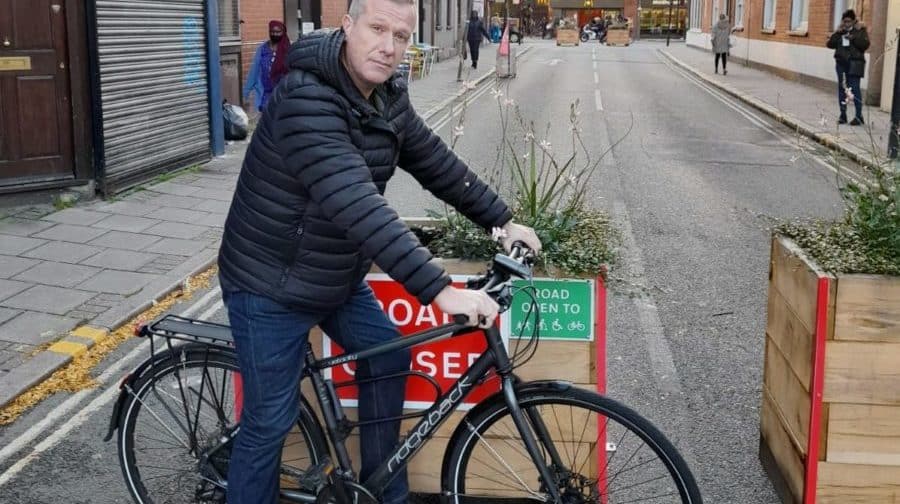 As the News has reported, emergency services’ navigation systems failed to be updated properly before the road blocks were put in place, with reports of confusion and delays in both Walworth and East Dulwich due to ‘no right turn’ signs and no through access.

Residents in Brandon estate were frustrated after being left with just one exit route and unable to access Walworth Road directly, and a collection of Melbourne Grove traders say loss of passing trade leaves them in an even more precarious condition – just months after reopening. 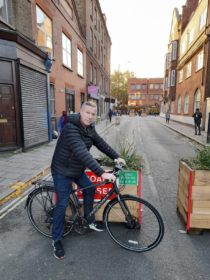 But John Whelan, who has lived on Browning Street for the past seven years, says that the new low emission neighbourhood measures in Walworth are not street closures but street openings.

“They are opening up our streets to a number of possibilities that reclaim and reuse our space to improve the environment and wellbeing,” he explains.

“I’ve certainly noticed the difference in the quality of air and it’s been great to see an improved streetscape.”

During a typical commute on his bike to Southwark Playhouse, John would often spend five minutes trying to navigate the busy corner from Browning Street on to Walworth Road.

“It was being treated like a rat-run every morning. We need to stop this for the sake of our community and children and the best way to do that is by coming together.

“I hear the same complaints of ‘but I do need a car’ and ‘these measures will never work’ like they did when pedestrianisation was introduced in the Netherlands in the 1970s and 80s. Now it is just accepted and everyone has a bike.

“There are many in our community who support these exciting new changes and we want to work constructively with those who have any concerns to improve Walworth, its streetscape, environment.

“Let’s use this awful time we have all been through with COVID-19 to reset how we do things.”

“I’m not saying ‘Don’t have a car’ but we should think about how much damage is being done to our lungs and environment by particulates in diesel.

“By coming together as one Walworth community and evaluating our own life choices, we can and we will protect our community and planet for our young people and our future generations.”

Peter Wright has been a resident of Mason Street near the Bricklayers Arms roundabout for 20 years.

He has been involved with ‘greening up’ communities, as he puts it, for a long time as chair of the Bricklayers Arms Tenants and Residents Association and Southwark Living Streets; a key supporter of the nearby Salisbury Row Streets for People scheme.

“We won a £1.7 million grant from TfL to ‘green over’ Mason Street. It also helped to make Salisbury Row park into one piece and put proper paths across it,” he says.

“Our survey found that there was an 80 per cent decrease in traffic and a 70 per cent increase in footfall. It has made the area very pleasant and the before and after photos speak for themselves.

“I learned that if you get people together and give them the opportunity to talk, they do get engaged with their area.

“The result of the project clearly shows the positive changes that can be made to the public realm improving it for local residents.

“I hope to see more of these temporary measures in Walworth being made permanent in the future.” 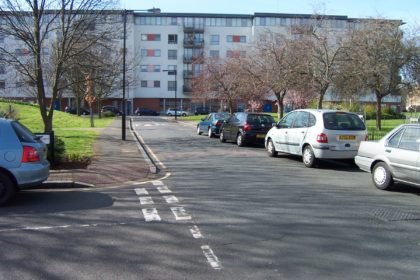 Mason Street before the changes 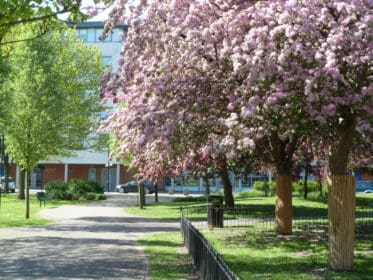 On the Browning Street LENs, Peter told the News: “The street is now more calming. There’s a lot less noise, I feel the pollution has gone down and there’s more space to walk.

“It’s been pleasant to sit outside and enjoy yourself at the cafe.”

The road, which runs parallel to the main arterial route Croxted Road, and meets the South Circular at West Dulwich.

A series of new zebra crossings have been added along the section of Rosendale Road near Rosedale Primary, along with posts preventing parking along a new cycling route. 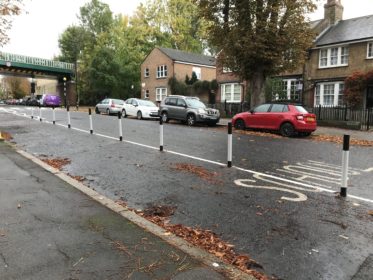 READ MORE: Southwark’s LENs: Community response to new traffic measures is more complicated than simply ‘for’ or ‘against’

Southwark NewsNews‘To us they’re street openings, not street closures’ supporters on why they back the Low Emission Neighbourhoods