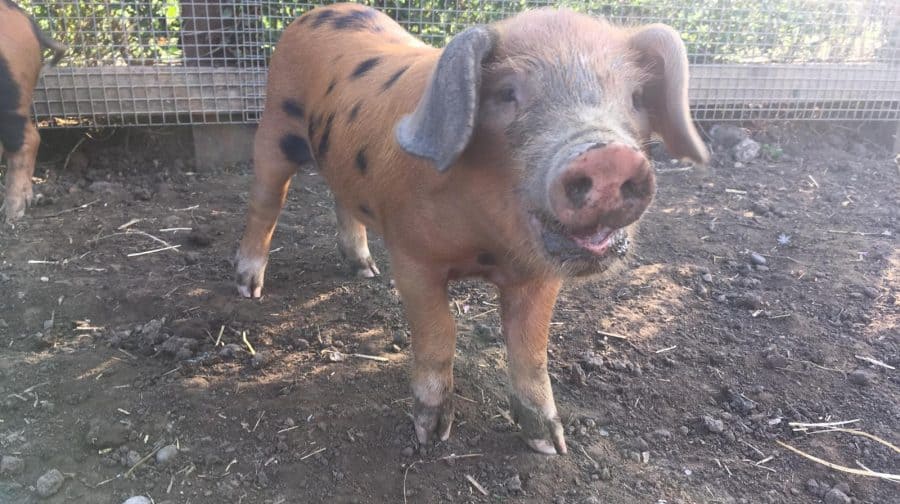 Kind-hearted locals have been raising money for better security at the Surrey Docks Farm, following the high-profile theft of its piglets last month

Nearly £1,000 has been raised for the Surrey Docks Farm to improve security after the high-profile theft of its piglets, writes Christopher Carey.

Nearly five weeks have passed since eleven piglets were stolen from the community farm in Rotherhithe on Friday September 14th and the mystery remains unsolved.

The piglets were just two weeks old when they were snatched, and staff are still devastated by the loss.

Livestock Manager Claire Elson said: “We’ve been really shocked, not knowing what’s happened to them, that’s been the hardest thing to deal with.”

It is thought that the piglets have died, as they required round the clock care and feeding from their mothers, Winnie and Marmalade.

Staff are now determined to make sure something like this doesn’t happen again.

Ms Elson added: “People wanted to help, so we set up a page to facilitate this.

We’re now planning to get the security systems we need so we can prevent anything like this ever happening again.”

Kind-hearted locals have currently donated just under £1,000 but the farm needs to raise double that to secure it properly.

Gemma Hooper, the farm’s manager, said: “We’ve had lots of supportive messages and donations coming through which we’re really grateful of, local support has been fantastic.

“To date we have received just under £1,000 so we’re nearly half way towards our target £2,000 to raise for new security systems.

The small charity has said that funds this year are ‘particularly tight’, as several grants have come to an end and costs have risen.

Further information about the campaign can be found at http://www.surreydocksfarm.org.uk/find-our-piglets/

Anyone with any information about the theft should contact the police on 101 or Crimestoppers anonymously on 0800 555 111 quoting crime reference 3153/15SEP18.