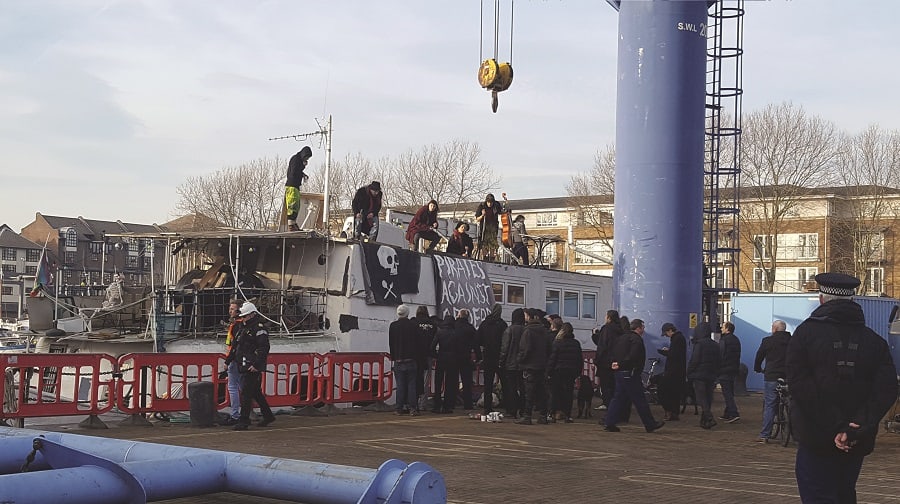 The Wibbley Wobbley floating pub has been towed away from the Greenland Dock in Rotherhithe to be scrapped, after a standoff between police and squatters.

Maritime Police were called at about 1pm to help bailiffs force out five squatters who refused to leave the floating vessel.

The five squatters on board were seen dressed in black and flying a skull-and-crossbones flag, while over 20 more people protested with them.

South Dock resident Paul Battley said he was walking past when he saw the clash unfold.

“As I got there it was being towed and all the doors had been closed up,” he said. “There was a bit of a scuffle where one of the squatters jumped on to a tug boat, and there was a bit of verbal sparring going on.”

But mystery surrounds the recent history of the Wibbely Wobbley, which closed abruptly two years ago. It is believed the squatters first appeared in May or June.

Plough Way resident Karen Jenson told the News: “People along the river are upset about what has happened to the boat. They wanted it to become some sort of community facility.

“The Wibbley Wobbley is part of Surrey Quays, and part of the character of the area.”