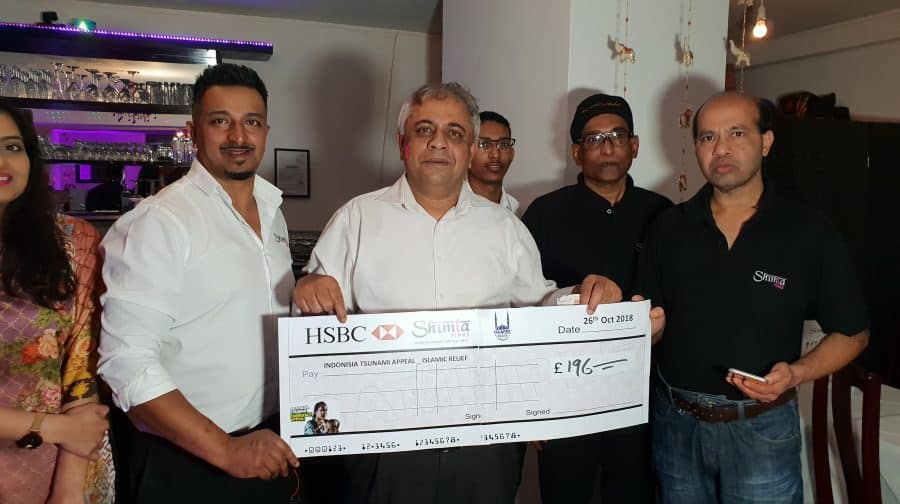 A Surrey Quays restaurant has raised nearly £250 for charity with a Bollywood-themed night after being moved by victims of a tsunami in Indonesia.

Managing Director Zuber Ahmed, 43, said: “We’ve raised money for the British Heart Foundation before but we saw what happened in Indonesia and we were really saddened to hear about what happened, so we decided to do a Bollywood night.

“We raised £120 quid but we matched that as well. We wanted to give the money to a charity that was there on the ground, helping.” The money raised by the themed evening at the end of last month will go towards Islamic Relief.

The charity has been working in Indonesia since 2000 and works to give life-saving aid to the affected communities.

A devastating tsunami struck Indonesia earlier this year causing severe devastation. Over 1,300 people are estimated to have died during the natural disaster. A raffle with prizes helped to bring in donations

A raffle with prizes helped to raise money alongside a charity donation box.

The venue has previously held themed charity events around seasonal times of the year including Valentine’s Day, said Mr Ahmed, who has been in the trade for over 30 years.

Other charitable events have raised money for the British Heart Foundation and supported the London Marathon.