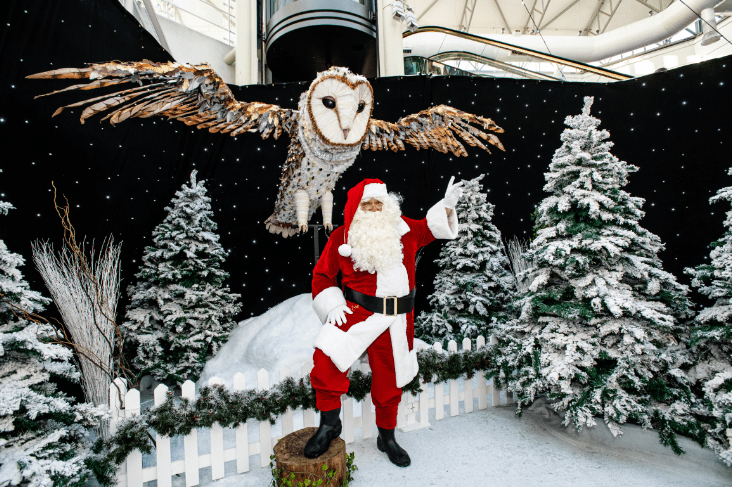 The Wishing Garden inside Surrey Quays

Surrey Quays Shopping Centre has transformed into a ‘wishing garden’ for children to make a Christmas wish to Santa.

Until Christmas Eve, shoppers with families are being invited into the wishing garden set inside the shopping centre’s main atrium.

Children can make a Christmas wish and watch as the ‘Wishmas Owl’ opens its four and a half-metre-wide wings and carries their wishes to the North Pole.

Kids will also be able to meet Santa himself and have their photograph taken on his wishing throne, as well as play games and read stories with the ‘Owlet Elves.’ The Wishing Garden will be open Monday to Friday from 1pm until 6pm and each weekend from 11am until 5pm.

Opening times in the lead up to Christmas – Friday 20th December through to Tuesday 24th December – will be 11am to 5pm.

The centre is also collecting for the London Air Ambulance charity during the festive season, and says any donations “will be gratefully received.”