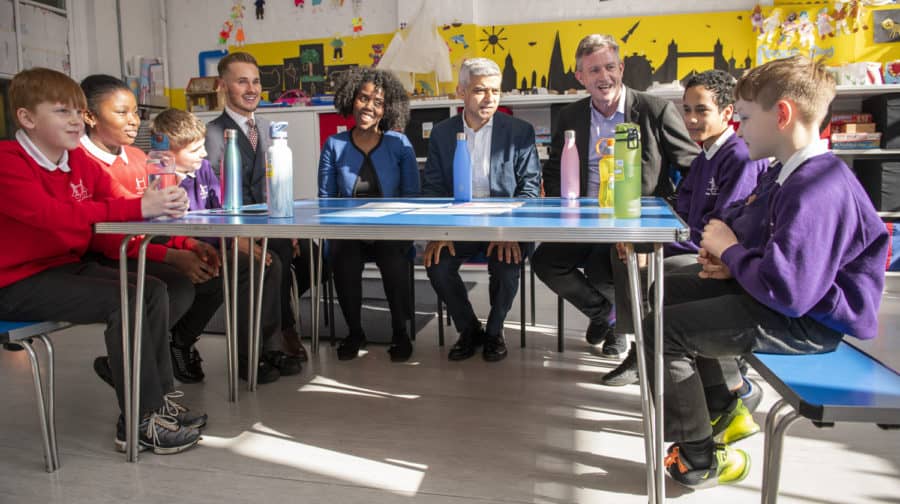 Southwark Council will ban drinks that aren’t water or low-fat milk from its primary schools from April.

Mayor of London Sadiq Khan this week backed the mandatory move and said he hoped all London primaries would take similar steps to tackle child obesity.

The capital has among the highest rates of childhood obesity in Europe with almost 40 per cent of children in Year Six overweight or obese.

“Children’s health and wellbeing are a top priority for us at Tower Bridge Primary School and the Bridges Federation, we are delighted to be leading the field by implementing the water only policy,” said executive head, Kate Wooder.

“We have already seen some great results with improved concentration, behaviour and learning amongst our children.”

Moves towards allowing only water or low-fat milk in Southwark primary schools and nurseries began in February, with the change becoming compulsory in April.

A ‘child obesity taskforce’ created by the mayor in 2018 reported its recommendations this week to tackle obesity in youngsters across the capital.

Mr Khan said he would be writing to Ofsted to ask that they encourage schools to offer healthier products as part of an aim to halve the number of kids living with obesity by 2030.

“It’s high time we faced up to the reality that our city has a child obesity problem,” he said.

He added he wanted all schools to follow Southwark’s lead in banning sweet drinks “to help improve the life chances of all young Londoners.”