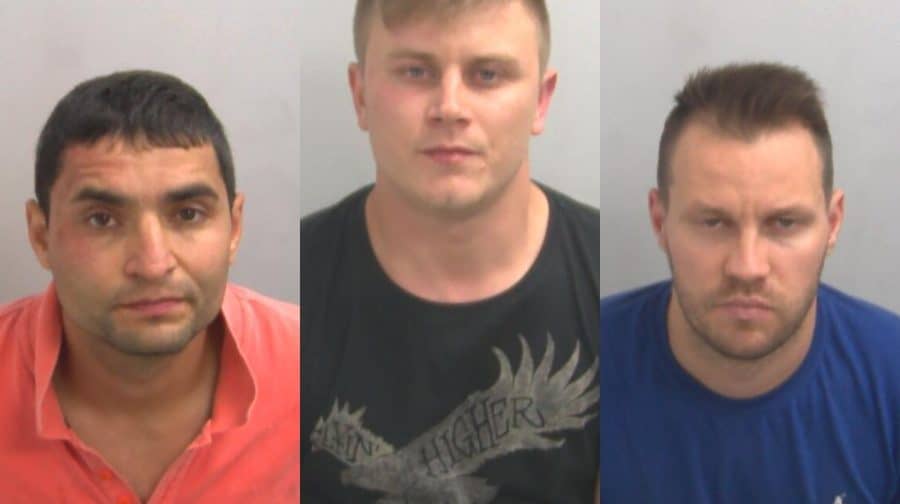 Two Sydenham men have been jailed after 23 million bootleg fags were discovered at rented industrial units across the south of England.

The illegal cigarettes cheated taxpayers out of £9.5m of unpaid duty, said HM Revenue and Customs.

Oleg Bolun, 39, of Peak Hill, Sydenham, Ion Pantelei, 26, of Peter’s Path, Sydenham, and Canning Town man, Maxim Glodeanu, 31, were caught in the act unloaded the cigarettes from a lorry into an Essex farm unit.

The authorities discovered more than £840,000 of cash at a garage owned by Bolun in Sydenham.

Yesterday he was jailed for five years at Chemlsford Crown Court. Pals Pantelei and Glodeanu were jailed for a total of six years last month.

A fourth co-conspirator, Evghenii Andrusca, 30, was given a suspended 12-month sentence for helping unload the delivery of fags.

The court heard how Bolun was the lead organiser in the operation, with records on his phone detailing the sale and purchase of the cigarettes. The court was told that Pantelei recruited workers, paid their wages and organised unloading, deliveries and re-packaging of the cigarettes.

All four were arrested in July 2019, when officers caught them unloading a delivery of nearly five million cigarettes.

Bolun and Pantelei ran before being caught; Glodeanu was found hiding inside the unit.

Pantelei and Glodeanu both admitted excise fraud and were jailed for four years and two years respectively.

Proceedings are underway to recover the unpaid duty, said the HMRC, which called it a “deliberate attempt” to put illegal fags on the streets of the UK.