“You brew it like a beer and drink it like a wine,” said couple, whose products will soon be stocked at Hop Burns & Black Craft pub in Peckham 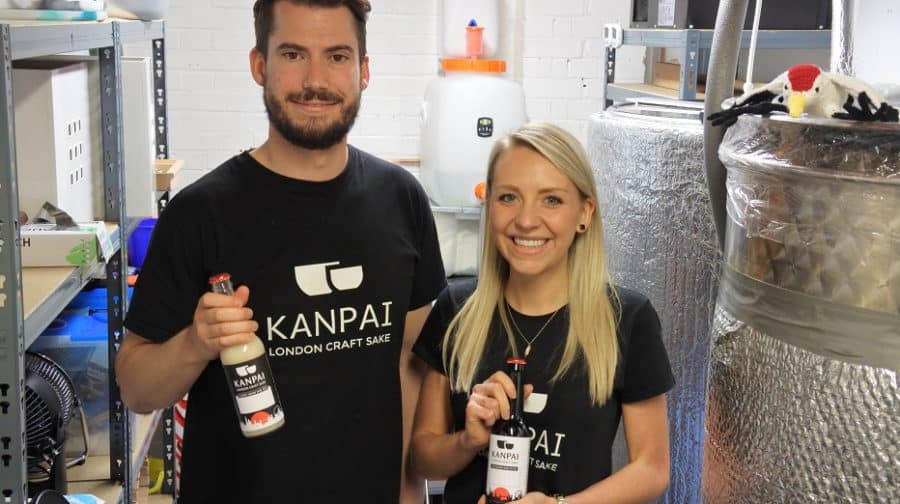 A taste of traditional Japan has been brought to Peckham as it is now home to London’s and the UK’s first sake brewery, Gem Sofianos writes…

Lucy Holmes, 29, and Tom Wilson, 31, of Mundania Road, set up Kanpai, which means ‘cheers’ in Japanese, after a hobby blossomed into a full scale operation, which they hope will see sake gain popularity.

Lucy said: “We would love to see the popularity of sake in London and the UK grow and for more people to enjoy it.”

After a trip to Japan the couple fell in love with the sweet Japanese rice wine and began hosting sake parties for family and friends after Tom began brewing at home. Then three months ago after being ‘inspired by people’s interest’ they opened a small brewery in Print Village on Chadwick Road.

The pair still work full time and spend evenings and weekends at the brewery making their first batch, which will launch in Selfridges next month.

Lucy said local restaurants and businesses had been hugely supportive and, once launched, Hop Burns & Black Craft pub will stock Kanpai for locals to enjoy.

A batch of sake takes eight weeks to make and their first batch will produce around 600 to700 bottles. Lucy said: “You brew it like a beer and drink it like a wine.” Sake is traditionally enjoyed in small quantities, served either chilled or warm, and Lucy suggests it’s a great addition to cocktails.

The couple, who have lived in Peckham for over four years, are also getting married next week at the Asylum chapel in Peckham.

Lucy said they enjoy working together: “It’s nice to see each other working, normally you say goodbye in the morning and then only see each other at night.”

They have also launched a crowdfunding page this week.  Donations can be made and you can receive rewards including a special numbered and signed first batch bottle.

They currently sell two bottles — the Junmai and the Nigori , but each batch they make will be different. The bottles will sell at £15 each.