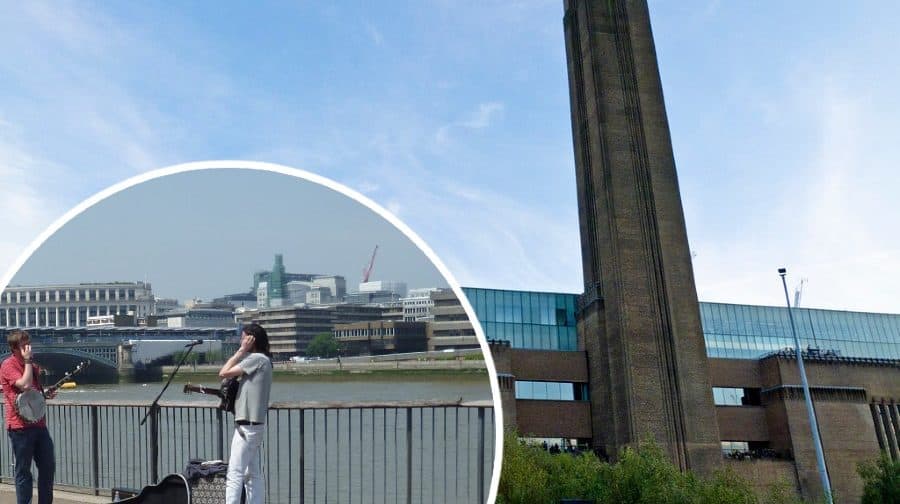 The council have told buskers outside the Tate Modern to turn and face the river while singing in a bid to stop noise complaints.

Officials at the town hall said the move had greatly reduced the total number of noise complaints made – but it also caused complaints from City residents as the sound travels across the river.

Previously the busking pitch had faced towards the Tate Modern, but now buskers are asked to turn 180 degrees and face the other way.

The change was revealed in a question to the council’s environment boss, Cllr Catherine Rose, by ward councillor David Noakes.

It comes after the council set up a project group to look into the issue of noise complaints from residents living along the south bank of the Thames.

“Officers quickly identified that other factors such as reflected noise from buildings did impact on noise levels for local residents,” revealed Cllr Rose.

“This was particularly relevant as the majority of complaints were about the busking pitch outside the Tate Modern.

“The buskers using this pitch were asked to turn through 180 degrees and face the river. This resulted in a great reduction in complaints made to the Council.”

She added: “There have however been some complaints from residents in the City of London as the sound can travel across the Thames and is on occasion audible on the north bank.”

The council’s working group found that the majority of noise complaints were made by just four individuals.

A period of monitoring between July and August 2018 found that most of the noise was not loud enough to spark enforcement action.

During coronavirus, officers moved buskers on from outside the Tate, said Cllr Rose. A series of other recommendations, including more signage and moving the pitch will be looked at early next year.