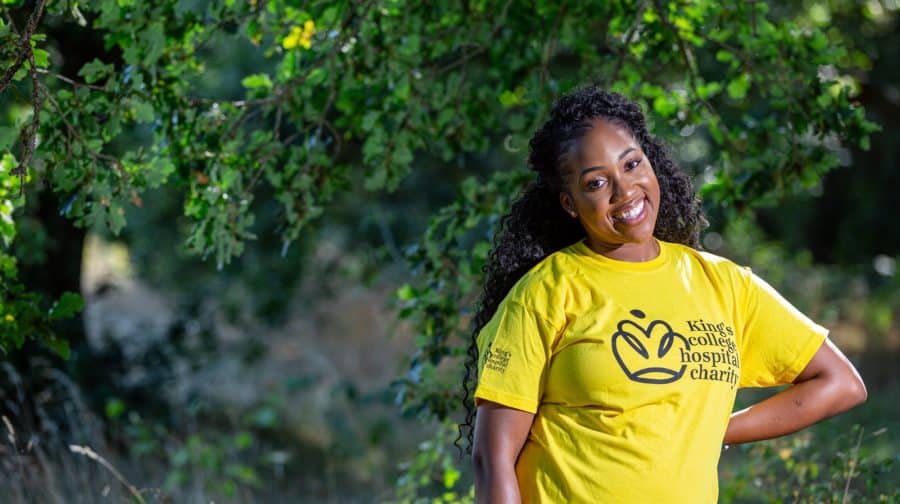 Kanayo lost around 70 per cent of her sight. All images Brendan Foster Photography

A teacher whose sight was saved by King’s medics after she fell ill with a rare condition is now taking on a fundraising hike to raise funds for the hospital’s charity.

Two years ago, Kanayo Dike-Oduah nearly died after her local hospital was unable to diagnose her with the skin condition Stevens-Johnson Syndrome, a rare illness which attacks the eyes, skin and digestive tissue.

Eventually, at another A&E unit, doctors realised the condition had been triggered by a reaction to medication given to her while having a wisdom tooth extracted.

By the time Kanayo had been diagnosed, she had already lost around 70 per cent of her vision. Fortunately, eye specialists at King’s were able to save her sight.

Kanayo, who is the Hayes School’s head of psychology, is now looking forward to taking part in the Great Hospital Hike to raise money for King’s College Hospital Charity, on September 18.

“Two years ago I had to be resuscitated after collapsing in A&E and now I’m aiming to run thirteen miles as a warm-up to the Great Hospital Hike,” she said.

She is even running  a half marathon on September 4 to help boost her fundraising total for the hike.

“I am so thankful for my amazing recovery and so grateful to everyone at King’s for the immediacy of care I was given, their expertise and the way they explained everything to me and my family,” she explained.

“They reassured me all the way through, and even though I was scared I felt safe under their care.

“I think that was the most important thing, feeling safe.”

She will be joined on the bike by her mum, Hilda Nwokedi, a specialist midwife who has worked at King’s for more than two decades. 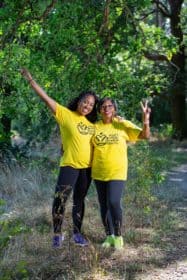 Kanayo and her mum Hilda, who has worked as a midwife at King’s for more than 20 years

The pair will follow a route from King’s Denmark Hill base to the trust’s sister hospital the Princess Royal, in Bromley.

“Mum and I are best friends and I wanted to do the hike with her as a way of saying thank you to her for all the support she gave me while I was unwell and for the way she supports her patients at King’s,” she added.

“Mum has previously raised money for King’s so the hike will be an incredible thing to do together.

“We can bond over it, reminisce and tell each other stories as we walk.”

One reason why medics initially failed to diagnose Kanayo is that they failed to recognise how the syndrome presents on darker skin.

She is now taking her experience and using it to ensure better diagnoses of skin conditions and symptoms.

She is working with health professionals and universities to update the medical curriculum and ensure that many more images of darker skin are included in medical textbooks.

Thanks to her work, the British Association of Dermatologists have increased the number of non-white skin images from one to eighteen in one of their publications.

“Having an undiagnosed life-threatening illness was extremely frightening  but looking back, because I’m a woman of faith, I’m thankful that it happened to me because I am now able to use my experience to bring about some form of change,” she explained.

“But also, with my mum being in the medical profession and my sister training to be a nurse, I’m really grateful for our medics and all that they do for us.”

To join the hike visit https://supportkings.org.uk/ghh 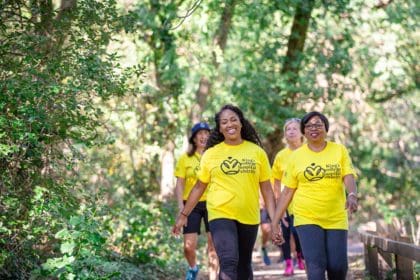