From this summer, the new English language, English literature and maths GCSEs will be graded 9–1, rather than A*–G 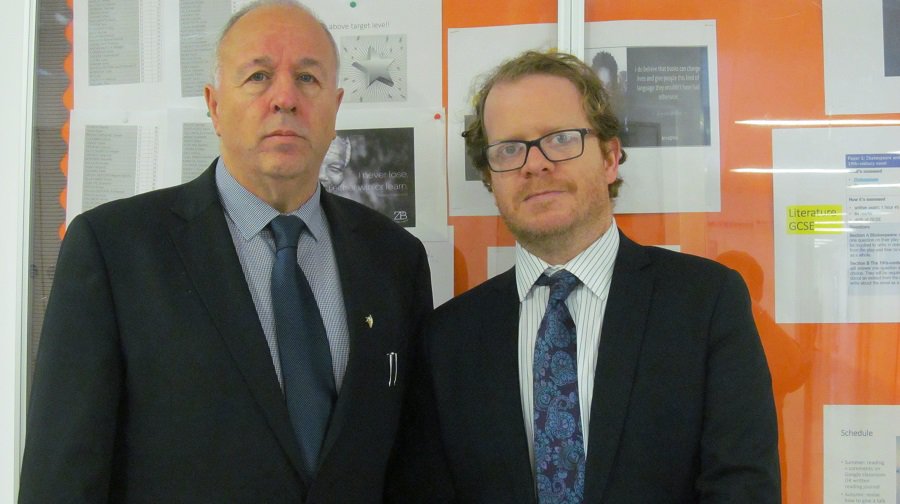 A Camberwell headteacher has hit out at the Government for leaving teachers and students “stabbing in the dark” after failing to provide clear GCSE grade boundaries.

Serge Cefai, headteacher at Sacred Heart Catholic School, said teachers no longer knew whether a GCSE exam paper counted as a pass or a fail under the Government’s new 9-1 measure.

From this summer, the new English language, English literature and maths GCSEs will be graded 9–1, rather than A*–G, with a grade 9 reflecting the highest grade, set above the current A*.

Those three subjects will appear as 9-1 grades on exam certificates this summer – while other subjects will continue to appear as A*-G grades until the new grading structure is also applied to them in 2018 and 2019.

The Government has set a grade 5 as a ‘good pass’ for the new GCSEs – but says it does not expect employers, colleges or universities to raise the bar to a 5 if a 4 would meet their  requirements and Mr Cefai says children have been told a 4 will mean they don’t have to re-sit.

Mr Cefai, who is also executive head of St Thomas the Apostle College in Nunhead, said this had caused immense confusion for both teachers and pupils as to whether they would pass or not.

“The line of pass or fail is the key thing for the children,” said the headteacher, who has taught in Lambeth and Southwark for 37 years.

“There had always been movement of the grade boundaries – but now we are actually guessing where the goal posts are.

“Someone has got to stop messing around with our system. I want to know where the goal posts are, and I want them to remain still.

“They [the Government] are going to wait and get every raw score from the entire country and then some idiot of a politician who’s divorced from the reality of education and how difficult it is will decide what percentage of our children will pass what and then the children will be given grades accordingly.”

Mr Cefai said some of the teachers in his school felt “a little demoralised” as they were still expected to reach targets.

“There’s that sense of confusion and ‘my job’s on the line; that headteacher has got me down for this target and that target, but I’m stabbing around in the dark here’,” he said.

“I think the uncertainty is actually quite cruel for the students,” he said.

“We are talking about pupils not knowing what grade might be good enough to move onto college or A-levels.

“This particular group of [Year 11] students are guinea pigs in an educational experiment where the claim is for higher standards and more rigour, but they need to make it clear what those standards are.”

Mr Williams said he had noticed an increase in how anxious his Year 11 students were about their upcoming GCSE exams.

“They are in the dark and that’s an extremely unfair burden to place on fifteen and sixteen-year-olds,” he said.

“Students always get anxious about exams but I have noticed an increase in how anxious and uncertain the students in my class are about what’s going to happen and how they are going to do. I think that’s directly connected with this whole issue.

Read next: Understanding the new GCSE grading system will give you a headache

“We know roughly what’s going to be in the papers and what skills they are looking for – but the mark schemes are devoid of any reference to the grades or grade boundaries.

“I’ve got set four in Year 11 and in the past in our school set four pupils have got a grade C or above; now we don’t really know what a C or above means so I do anticipate some turbulence and anomalies.”

A Department for Education spokesperson: “Our GCSE reforms will create gold-standard qualifications that match the best education systems in the world and allow young people to compete in an increasingly global workplace.

“We continue to work closely with the sector to ensure they understand what the changes will mean for them when they come into effect later this year.”