Yusef Ali, 19, has been remanded in custody to appear at Inner London Crown Court on September 3 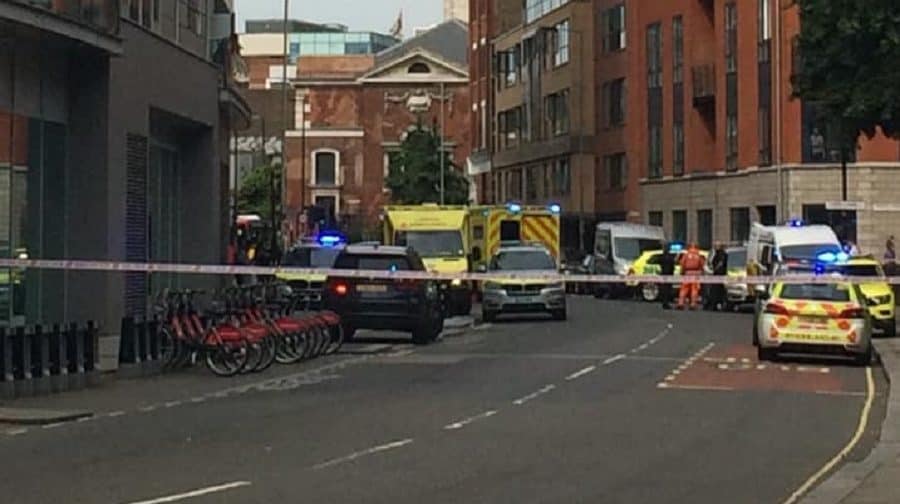 Police were called to the incident on Sunday

A nineteen-year-old has been charged with attempted murder following an incident on Bermondsey’s Empire Square East on Sunday morning.

Yusef Ali, of Brixton’s Corry Drive, appeared at Camberwell Green Magistrates’ Court on Tuesday and was remanded in custody to appear at Inner London Crown Court on Tuesday, September 3.

Police had been called to reports of a group of people fighting and found a woman reported to have injuries ‘sustained from a fall from height’ during the incident.

Police responded to the call at 10.12am on Sunday August 4 to Long Lane.

Police said they also found one male near the scene at the junction with Borough High Street beside Tesco Metro  with a stab injury and another two men with stab wounds a short distance away.

Police said that none of the injuries were believed to be life-threatening.