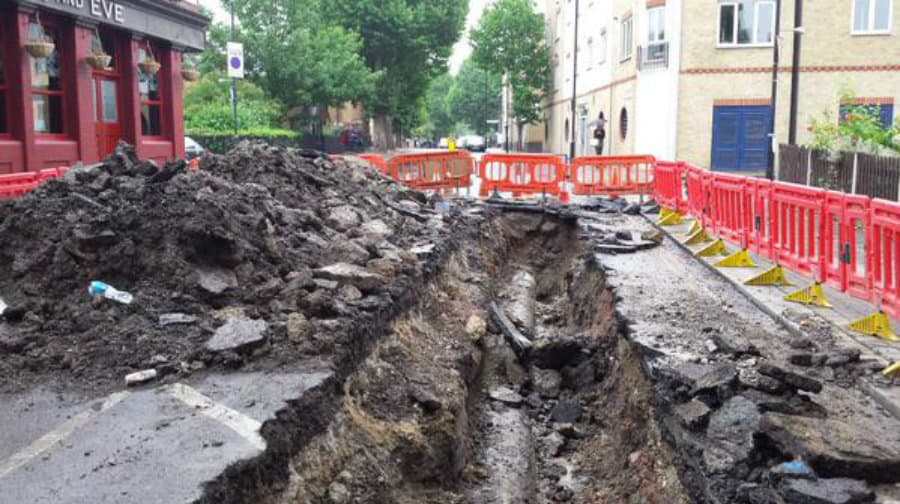 Brunel Road after the burst watrer main at the weekend. Pic @SELondoner

A teenager was hospitalised after a collision with a car in Brunel Road on Saturday evening.

Eye witnesses said the injured man was a Domino’s pizza delivery driver, who was treated for a head injury at the scene.

He was then taken to King’s College Hospital as a priority.

The road was closed until the following day, when it was reopened for about an hour before a burst water main lifted the tarmac and forced a second closure in the space of a weekend.

The 381 and the C10 buses have been diverted indefinitely, as Transport for London have been unable to say when they will be able to reinstate a service around the Rotherhithe peninsula.