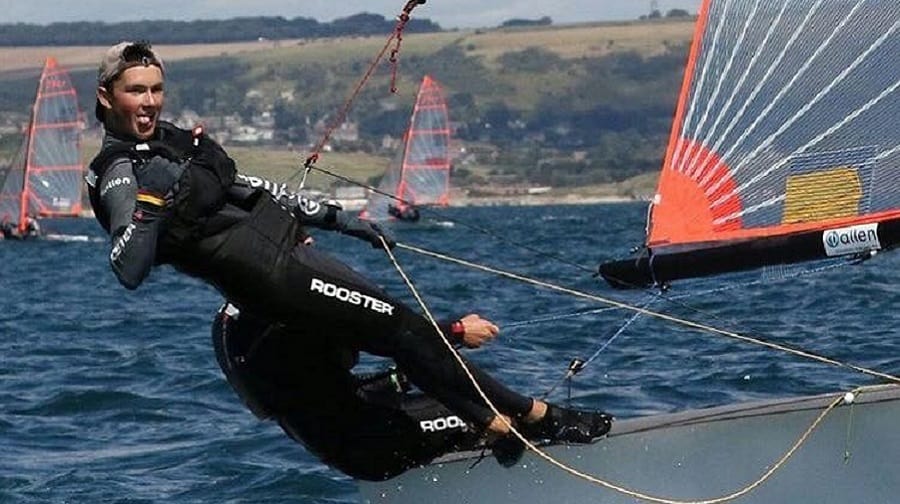 A teenager who had life-saving heart surgery at the Evelina Children’s  Hospital  as a baby has just represented the UK at a worldwide sailing championship.

Eighteen-year old Billy Vennis-Ozanne competed at the Youth Sailing World Championships in China that ran from December 6 to December 16, after beating 150 UK competitors to win the national championship at home.

He underwent open-heart surgery at the age of just two weeks old to correct a birth defect that meant that the two main blood vessels in his heart were connected to the wrong heart chambers.

“It’s taken a lot of hard work to get to this point, and I wouldn’t have been able to do it without the help and support of my parents and the great team at Evelina London Children’s Hospital,” said Billy.

Billy finished twentieth at this year’s world championship, and was the top placing British competitor at the 2017 European 29er championships, coming in at ninth place.

“To see him develop into a grown man who has achieved such great things in a short amount of time has been incredible, and those dark days are long gone and forgotten about, with only his scar to tell the story,” said Billy’s father Andre Ozanne.

Dr Owen Miller, consultant in paediatric cardiology at the hospital, has followed Billy as an outpatient for most of his life.

“We are delighted that he has grown into such a healthy young man, and we are all very proud of his success as a sailor. We watched Billy’s progress at this month’s world championships and we are delighted with his top 20 finish,” he said.