Now he is eighteen, Malcolm's killer can be named as Tammuz Brown, from Abbey Wood, Greenwich 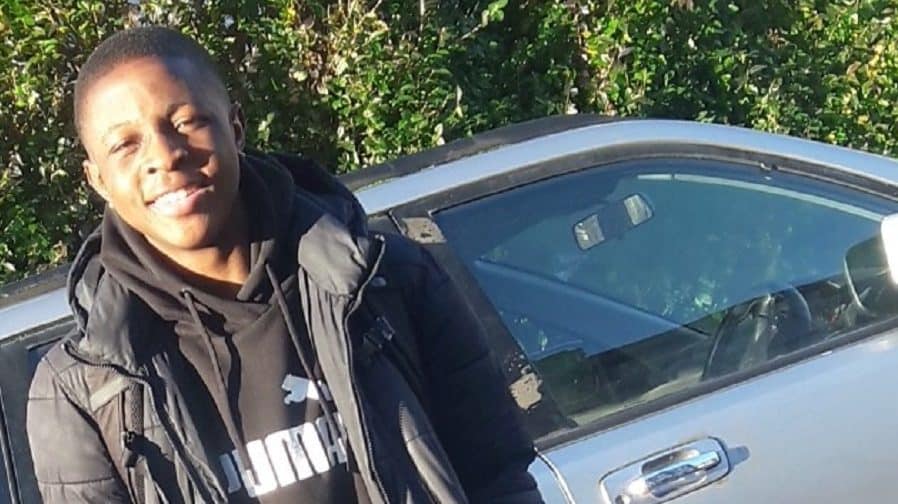 A teenager has been sentenced to sixteen years behind bars for the murder of Peckham’s Malcolm Mide-Madariola outside Clapham South tube station last November.

Malcolm was stabbed to death following a confrontation between two young men, who were intent on fighting the group he was standing with after finishing college.

In May this year, a then-seventeen-year-old was convicted of his murder and possession of an offensive weapon.

Brown was sentenced at the Old Bailey on Friday (September 6).

“Malcolm was a student at a college in Clapham and had his whole future ahead of him,” said DCI John Massey, who led the investigation to catch Brown.

“Brown had clearly come to cause trouble and did not hesitate to inflict fatal injuries following a minor dispute.” Malcolm was found suffering a stab wound by the emergency services when they arrived on the scene on November 2 shortly after 4.30pm.

Despite their best efforts in giving the talented student emergency first aid, he died in hospital a short time later.

The court heard how Malcolm had been stabbed three times, including once in the heart, during the sickening attack – and how the weapon used was a specialist hunting knife.

“The dangers of carrying a knife are clear to see. The fact that a specialist hunting knife was used and purchased in advance makes the attack all the more sickening,” added DCI Massey.

“Nothing will bring Malcom back but I hope this sentencing goes some small way to helping the family move on from what has been a deeply traumatic phase in their lives.”

Another man, Treynae Campbell, 19, of Sydenham, was acquitted of murder and manslaughter during the trial, but pleaded guilty to possession of an offensive weapon.

Malcolm’s father, Olumide, has launched a new foundation in the wake of his son’s tragic death.

Founded in June, the Malcolm Mide-Madariola World Foundation aims to educate young people about the dangers of carrying a knife.

“Far too many families have had to suffer the life changing and deeply painful consequences of these violent and tragic attacks,” said Olumide.

“We want to use our experience as a family to help provide more education to young people on the real impact of their actions to try and ensure that other families don’t have to suffer as we have.

“We want to help provide young people with more opportunities to help build a safer and more promising future for themselves, away from violence.”

Seventeen-year-old Malcolm, a former student at Harris Academy Peckham, was described by the principal ‘excellent role model’ with a ‘dedicated work ethic’ who ‘balanced a calm, mature manner with a wonderful sense of humour and an infectious smile’.