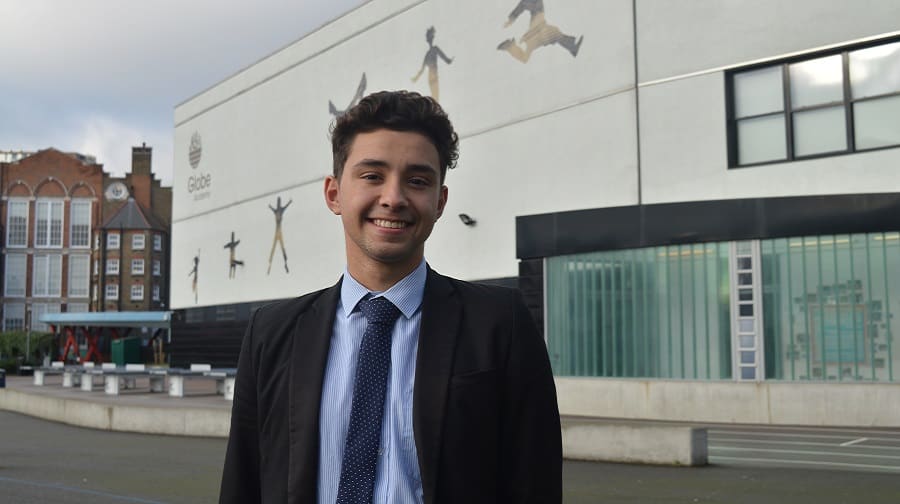 Eduardo Estevez Espitia, 18, has been offered a place at Oxford after only learning English five years ago

A Bermondsey teenager who only started speaking English five years ago has received an offer to study at Oxford University.

Eduardo Estevez Espitia moved to from Spain to the UK in 2011, where he now lives in Bermondsey with his mother and two brothers, and joined Ark Globe Academy.

Incredibly, the eighteen-year-old has gone from not speaking English five years ago, to receiving a conditional offer to study biological sciences at one of the country’s most prestigious universities.

Eduardo is only the second student in the school’s history to be awarded an Oxbridge offer – and he is now focused on securing the required A*AA grades in his A-levels to get in.

“This is the first time in my life I feel pride, coming from not speaking English five years ago to receiving an offer from the University of Oxford,” he said.

“I never imagined even to get an interview; I always had Cambridge, natural sciences, in my mind, until this summer when I decided to have more focus on biological sciences.

“I never saw myself in Oxford actually, but I had the wish, I hoped to be there.

“I wanted to know if I put myself against the best what would happen. If I got in, it would be wonderful.”

Eduardo said his love for biology came in the last year after an accident left his friend paralysed, and after he began researching into his brother’s epilepsy.

“I have a friend who played for my football team,” he said. “Due to an accident he became paralysed.

“This hit me very hard. I wanted to find out more about it, how we could take on this situation. That’s why I started working more in biology.

“The second reason why I’m interested in biology, is my brother, who is epileptic.

“Over the summer I applied for  Nuffield Research Placement and got this placement to research the temporal lobe epilepsy at the University College London.

“After having done this research, I understand a lot more and what to do in certain scenarios.

“This helped to adapt his life to that as well.”