Boy, believed to be fifteen, is said to be in a 'non life-threatening' condition 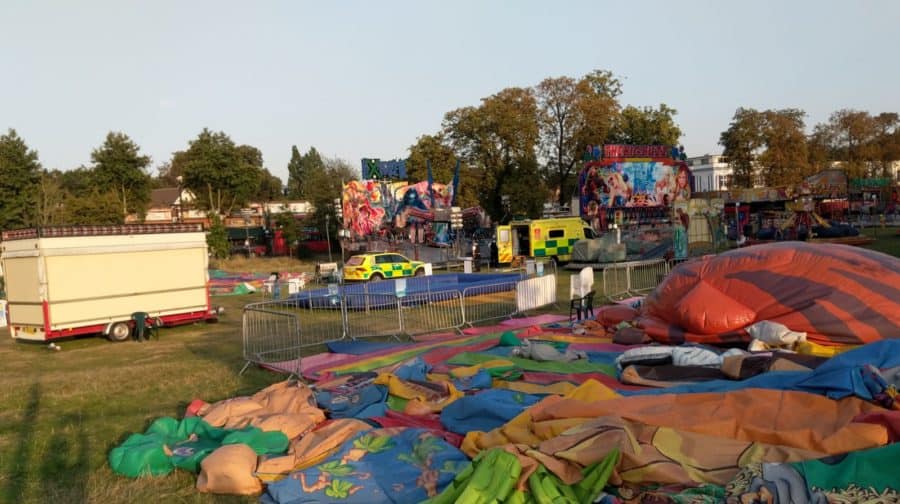 A police car and ambulance at the scene. Photo credit: AW Nazaruk

A teenager injured in Brockwell Park yesterday evening is believed to have fallen from a fairground ride, say police.

Officers were called to the park on Tuesday, August 27, by paramedics.

A Met spokesperson said: “Medics attended and a teenager, believed to be fifteen years old, was taken to hospital.

“At this early stage it is believed he fell from a fairground ride.

“His condition has been assessed as non life-threatening.”

A London Ambulance Service spokesperson confirmed: “We were called at 5:45pm yesterday (27 August) to reports of a person injured at Brockwell Park, Brixton.

“We sent a medic in a car, an advanced paramedic and an ambulance crew to the scene.

“We treated a teenage boy at the scene and took him to hospital.”

Enquiries into the circumstances continue.

Police say the Health and Safety Executive has been informed – along with the local Authority, Lambeth Council.