Police are calling for witnesses after getting a report that an eighteen-year-old woman was raped by Peckham Rye station in a “brutal” incident on Thursday night (January 13).

The teenager was walking down an alleyway off Elm Grove shortly after 10.20pm last night when two males approached her from behind and took her to neighbouring Holly Grove, where they raped her.

Anyone who may have been in the Peckham Rye station area between 10pm on Thursday and 12.30am on Friday or who may have any information is asked to come forward.

The two males were wearing dark clothing, gloves and face coverings. A crime scene has been set up that includes part of the station. The station was closed off as of Friday morning (January 14) and trains were not due to stop until 12pm. There have been no arrests. 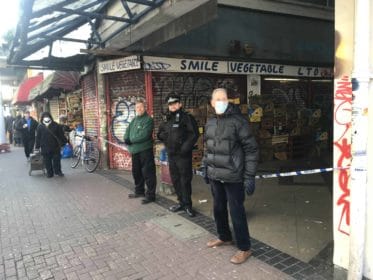 Police at the scene on Friday morning (Herbie Russell)

Detective Superintendent Clair Kelland said: “The investigation into this incident is fast paced and ongoing and involves an extensive crime scene.

“We would like to speak to anyone who was in the area of Peckham Rye Station between 10pm and 11pm last night who saw anything that might assist our investigation.”

Southwark Council also responded to the awful attack in a statement on Friday. 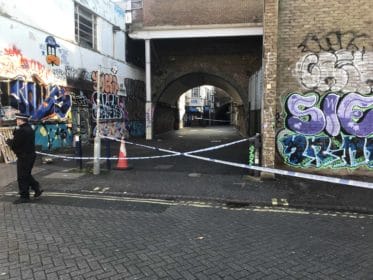 Councillor Evelyn Akoto, the council’s cabinet member for health and wellbeing, said: “We are shocked and appalled by such a horrendous incident. Our heart goes out to the young woman who suffered a truly brutal attack by two men while she was walking in public.

“It shows that the threat against women remains ever present. We refuse to accept that fear, intimidation, harassment and assault are regular occurrences in too many lives. As a community, we need to stand up to all forms of male violence against women and girls.

“We are supporting the police with their investigation and ask anyone with any information about the incident to call the police on 101.”