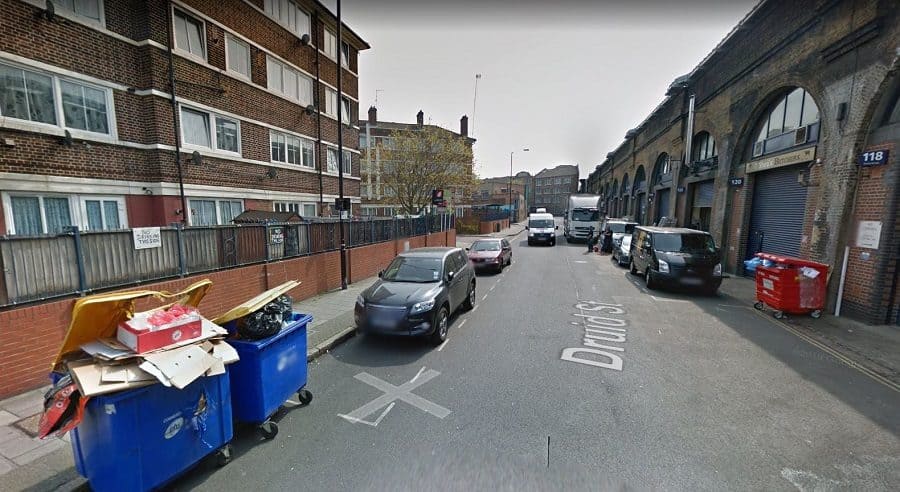 A teenager was stabbed in a suspected group fight between youths on Bermondsey’s Druid Street last night.

The stab victim, in his late teens, is in a “stable condition” in hospital, say police.

A witness told the News that around fifteen youngsters were fighting with weapons near to the Arnold Estate, two of whom had been on a motorbike.

“A female passerby was pushed to the ground and one youth was stabbed six times on top of her,” claimed the witness, who didn’t want to be named.

“I gave first aid to the victim. He was taken to the Royal London Hospital.”

Officers confirmed they believed the youngster had sustained his injuries in a fight with other young people near the estate at around 9.30pm.

No arrests have been made since yesterday’s stabbing, but police urged anyone who has information to contact them on 101 quoting CAD 8411/19 July.

The witness said they were speaking about what they saw because they were “extremely concerned with the level of violence around this area.”

And locals want to close the Druid Street arches that sell craft beer and have relatively well-behaved customers!

Again! I’m going to vote this most dangerous street in Southwark – most likely to be stabbed, mugged, etc.