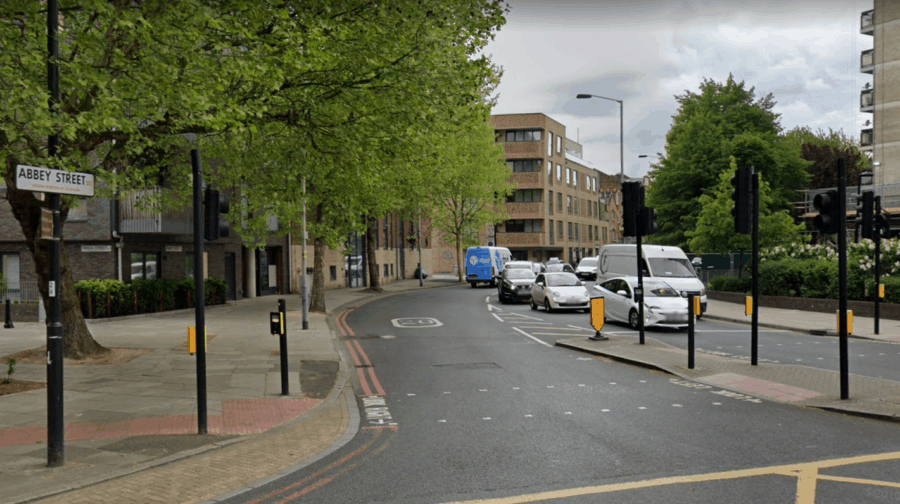 Bermondsey's Jamaica Road at the junction with Abbey Street

A teenager was stabbed multiple times in Bermondsey’s Jamaica Road on Sunday night in a suspected group attack.

The youngster, aged only sixteen, is thought to have been attacked by four teenage boys and was slashed and stabbed in his elbow and back at around 8pm.

Southwark’s top police officer, Ch Supt Colin Wingrove, said the boy fled the attackers and managed to make it home before his mother called the police and took him to hospital.

“He received a slash to his elbow and two small wounds to his back. His injuries are not life-threatening or life-changing,” said Borough Commander Wingrove.

Officers opened a crime scene overnight at the junction of Jamaica Road with Abbey Street, which was wound up in the early hours of Monday morning. No arrests have been made.

“This will understandably cause concern in the community. However, we believe this to be an isolated incident and not gang-related,” he added.

“Extra search powers under Section 60 were considered, but not deemed necessary.”

Police are stepping up “high visibility patrols and reassurance patrols” in the wake of the incident, he said, while the boy and his family are being supported by specialist officers.