Teenagers arrested on suspicion of murder after man, 23, dies in triple stabbing in Camberwell

Police believe the stabbings may have been gang related 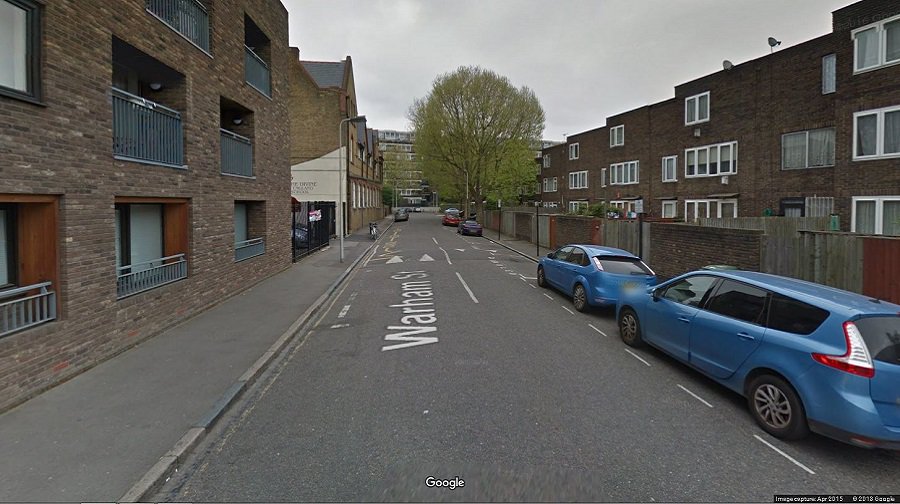 A pair of teenagers have been arrested on suspicion of murder after a man was stabbed to death and two others injured in Camberwell.

A man, believed to be 23, was found with stab wounds after police were called to Warham Street at about 7.21pm yesterday, Wednesday, to reports of three males suffering stab injuries.

All three males suffered stab wounds to their chests and torsos.

The 23-year-old man lost consciousness and was given immediate medical assistance by police officers and London Ambulance Service.

Medics from the Helicopter Emergency Medical Service also attended and performed surgery on the victim’s heart.

Sadly, despite their efforts, the man died as a result of his injuries at 7.54pm.

Police say initial investigations suggest two confrontations may have taken place between the victims and their attackers in Grimsel Path and Warham Street, however this has not been confirmed.

The incident is believed to be gang related.

The 23-year-old man’s next of kin have been informed.

It is believed the victim was Saddique Kamara, known as Incognito and SK, who was part of the Moscow17 group.

It is understood he was friends with fellow rapper Rhyhiem Ainsworth Barton, aged seventeen, who was shot dead in the same street on May 5 this year.

Today we have taken a very sad loss in our member @SK017_ /Incognito , we ask for all prayers be directed towards him & his family ?

However, formal identification and a post-mortem examination are yet to take place.

Two other males, aged sixteen and 31, were also found suffering from stab injuries at the scene.

They were taken to a south London hospital with non-life-threatening injuries.

Officers arrested two men, aged nineteen and eighteen, close to the scene on suspicion of murder.

They have been taken to a south London police station where they remain in custody.

Rhyhiem Ainsworth Barton, aged seventeen, died in the same street on May 5 this year after being shot while he played football with friends.

Detectives from the Met’s Homicide and Major Crime Command are leading the investigation and are appealing for witnesses and information. Detective Chief Inspector Richard Leonard, who is leading the investigation, said: “Another young man has tragically and needlessly lost his life through an act of violence.

“We are keeping an open mind about the positive motive for this attack, but at this early stage one line of inquiry is this being gang-related.

“I’d like to reassure the community that we have made two arrests and we are working around the clock to establish what happened and bring those responsible to justice.

“However, we cannot do this alone and I’d appeal to any witnesses or anyone with information to get in touch with us as a matter of urgency.

“Any information, however insignificant you think it is, is vital to our investigation. Any information provided will be treated in the strictest confidence.”

Detective Superintendent Helen Lyons of Southwark Borough added: “This is an extremely troubling incident and I fully appreciate the concerns it will stoke in the immediate vicinity and the surrounding community.

“Residents can expect to see a significantly increased police presence in the area. Anyone with any concerns can approach one of these officers or contact their local neighbourhood team.

“We will be doing everything possible to assist our colleagues in the Homicide and Major Crime Command to achieve a positive end to this investigation and to try to prevent any further escalation of this violence.”

Southwark NewsNewsTeenagers arrested on suspicion of murder after man, 23, dies in triple stabbing in Camberwell