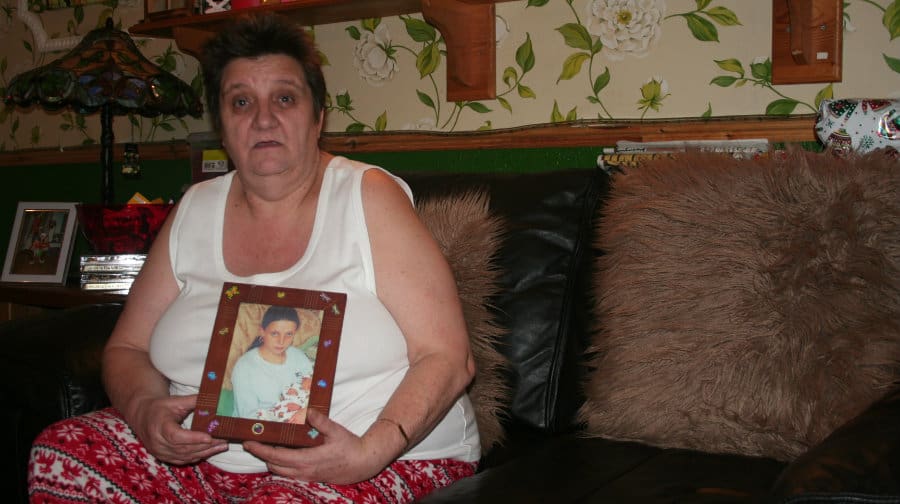 Jackie, holding a photo of her murdered daughter, Bonnie

A bereaved mother whose daughter’s murderer has never revealed the whereabouts of her remains says she hopes a new law will stop him from ever being released from prison.

The new legislation, officially known as ‘Helen’s Law’, is also ‘Bonnie’s law’ – in memory of Bonnie Barrett, a young mother from Walworth – who was murdered in September 2007 and whose killer has so far refused to tell police where he hid her body.

Bonnie’s bereaved mother, Jackie Summerford, from the Aylesbury Estate, has campaigned for tougher sentences in such cases for several years with her group Families Against Murders Escalating.

In March 2009 they held a public march from Trafalgar Square to Kennington, demanding more time behind bars for convicted murders who stop families from laying their loved ones to rest.

Jackie, now 60 and a grandmother of four, has also continued to campaign for more support for bereaved families, and lobby for better protection for sex workers, all in her beloved daughter’s name – a daughter whom she and Bonnie’s older sister, Kellie, have never been able to give a proper funeral.

Bonnie’s killer was convicted for 30 years in 2008, aged 48. Until now, if he lived long enough he could have been freed by the time he is in his late 70s – despite so far refusing to admit guilt or give any information to detectives.

Jackie told the News: “My main concern all the way through this, right from the beginning of the trial, is that if he does not admit where the bodies are he could still one day be out of prison – but now this has given me new hope.

“It does mean a lot to know that he likely won’t be let out – as unless he tells them where she is, he is still in control and still has the upper hand.”

But although she welcomes the new legislation, she is concerned it doesn’t go far enough, especially given a clause that states it must not contravene human rights and lead to ‘arbitrary detention’.

“Most murderers are very cunning, manipulative people, and by not revealing where the victim or victims are, they hold all the power over the victim’s family, so they will say they don’t know where they are.

“I campaigned for many years for a ‘Bonnie’s law’, as have many other families who have had a murdered loved one and have never been able to give them a resting place.

“This law is finally going to be passed, but it has to be right from the word go,” she warned, highlighting the efforts of other mothers, like Winnie Johnson, who fought a long campaign for her son’s killer, Ian Brady, to reveal where he had buried 12-year-old Keith’s body. Bonnie as a teenager

Bonnie was 24-years-old when she disappeared, one of two victims to Derek Brown, who was living in Rotherhithe at the time of their deaths.

In court he was described as a Jack the Ripper copycat killer who believed the murders would make him famous.

His other victim was a 29-year-old woman from China, Xiao-Mei Guo, who sold DVDs in the same area of east London, Whitechapel, where Bonnie, a vulnerable mother-of-one who was addicted to crack cocaine, was living as a sex worker at the time of her disappearance.

Brown, who had been moved to London from Preston after serving time for a rape conviction and had also committed a string of sexual assaults, targeted his victims because he believed no one would miss them and he would get off scot-free – he was wrong.

Detectives found blood all over his flat, along with a bow saw, steam cleaner and waterproof sheeting.

As well as fighting for longer sentences for those who won’t tell police where they disposed of their bodies, Jackie also wants the government to make funding allocations fairer.

All the evidence pointed to Brown dismembering the bodies and disposing of them – either in the Thames, or in a compactor at his workplace, or in industrial waste facilities around London while he was on night shift.

But the case is still cold – and despite being opened every two years, there have been no new lines of inquiry and no extra money to continue the search for their remains was ever forthcoming.

“The police said it would cost millions to search the rubbish dumps and landfill sites across London. But some high profile cases have cost them millions – but not Bonnie’s,” says Jackie.

She and Kellie say they will never give up fighting to keep Brown in prison – the fight to lay their beloved Bonnie to rest.

I remember bonnie very well growing up on the aylesbury estate. She never deserved to have her life taken away so soon. Yes she had her issues with drugs, but there are many people that have the same problem. Derek brown should be made to suffer and should never be released from jail. People like him when given life should mean life till the day they die. I have known Bonnie’s mum Jackie for many years and I cant imagine the pain she suffers every day. I always remember Jackie saying to me once when I went to visit, even if i had a finger to bury. My heart goes out to all of them. And Derek brown is scum of the earth. Karma will get him

Southwark NewsNewsExclusive: ‘Tell me where my daughter’s body is or die in prison’