The former world number four said the new courts were "fantastic" for the borough. 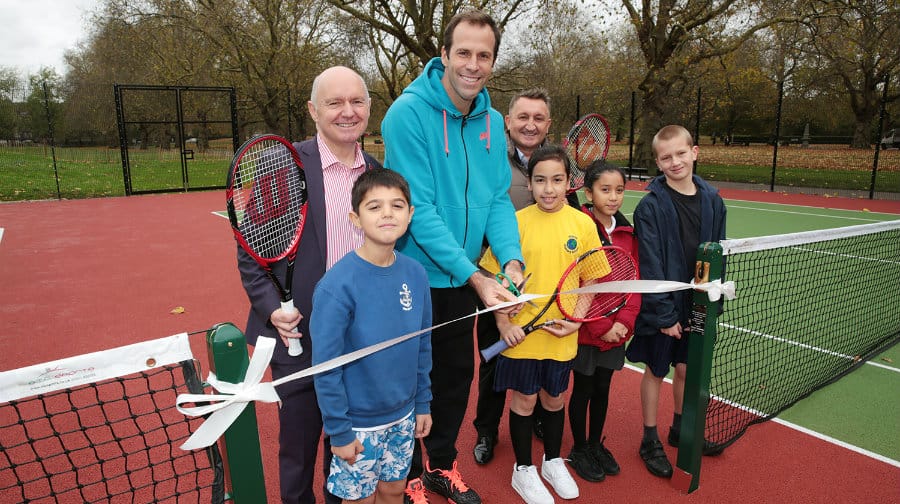 Greg Rusedski at the official unveiling.

The facilities were funded by £80,000 from Southwark Council’s Cleaner, Greener, Safer fund and £50,000 from the London Marathon Charitable Trust.

Greg, who was ranked fourth in the world during the late 1990s and received the BBC Sports Personality of the Year award, said the opening of the new courts were “fantastic” for the borough.

The 1997 US Open finalist said: “It is fantastic to see councils like Southwark investing in grassroots sport in this way. Accessible facilities are so important to getting young people especially involved in tennis – and who knows, they could be playing at Wimbledon one day too!”

He said: “The demand for tennis facilities in the borough has been increasing amongst local people of all ages, especially with the recent success of some of the UK’s top players. With almost 10,000 people visiting the park’s existing courts last year, these two new courts will provide accessible and quality facilities, and mean greater availability for everyone – especially children and young people in the borough keen to take up the sport.”