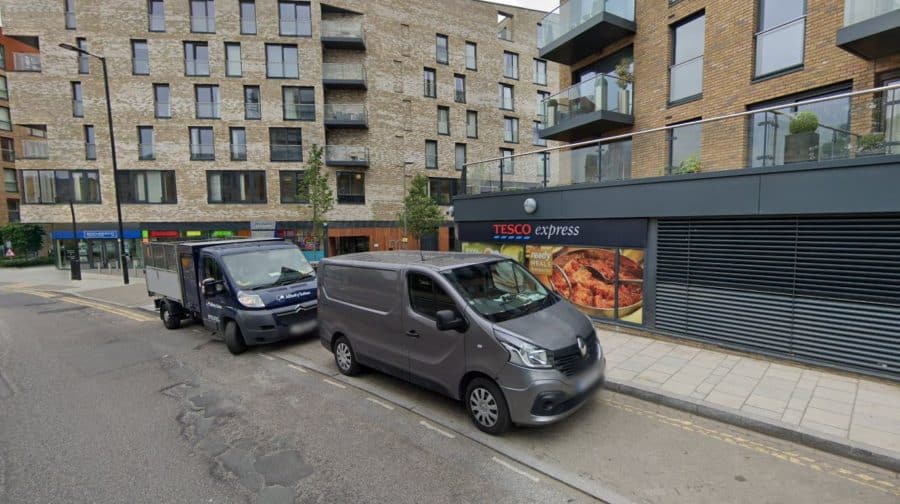 The incident happened at the Marine Wharf Tesco in Surrey Quays

Tesco has said it is supporting one of its staff members through medical treatment after they were injured during an armed robbery this morning in SE16.

A man is thought to have demanded cash and cigarettes from staff at the Marine Wharf Tesco Express on Plough Way shortly before 7am this morning – armed with a suspected shotgun.

He ‘briefly’ grappled with a member of staff before fleeing the scene with an unknown quantity of cash.

“A serious incident has taken place this morning at our Marine Wharf Express store which has resulted in an injury to one of our colleagues,” a spokesman for the supermarket giant told the News.

“We are currently supporting our colleague as they receive medical treatment.

“The store has been temporarily closed while the police carry out their investigation.”

However, Scotland Yard said earlier today that nobody was ‘seriously’ injured during the armed robbery at the Surrey Quays shop, and no shots were fired.

“There have been no arrests at this early stage.”