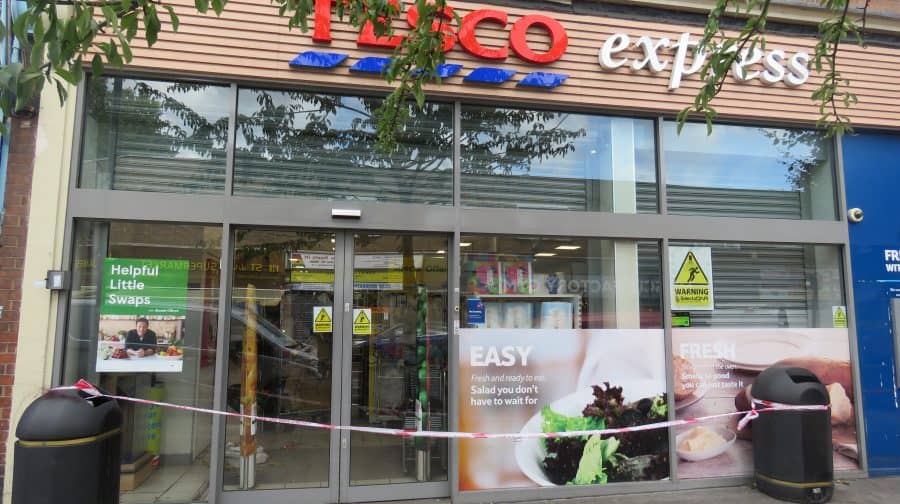 Robbers tied up and assaulted a Bermondsey Tesco employee before making off with a large amount of cigarettes and cash from the shop yesterday.

Police were called to reports of a fire alarm by the Fire Brigade at the Tesco Express on Southwark Park Road at around 4:50am yesterday morning.

Officers then found the employee tied up – although their injuries are not serious – and discovered the store had been robbed.

Detectives believe that three suspects broke into the shop and set off a fire extinguisher in the victim’s face.

They then stole large amounts of cigarettes and cash before fleeing the scene.

The Tesco Express was closed yesterday while officers conducted their enquiries.

A Met Police spokesperson confirmed the robbery and said: “Detectives from Southwark CID are investigating and would like to hear from anyone who was in the area at the time and may have witnessed the suspects leaving.”

A Tesco spokesperson told the News yesterday: “We’re aware of this incident and are working with police with their investigation.”

Anyone with information is asked to contact officers via 101 quoting reference 858/19Sep, or they can call Crimestoppers anonymously on 0800 555 111.