TfL and Mayor face backlash over ‘pausing’ of Rotherhithe Bridge 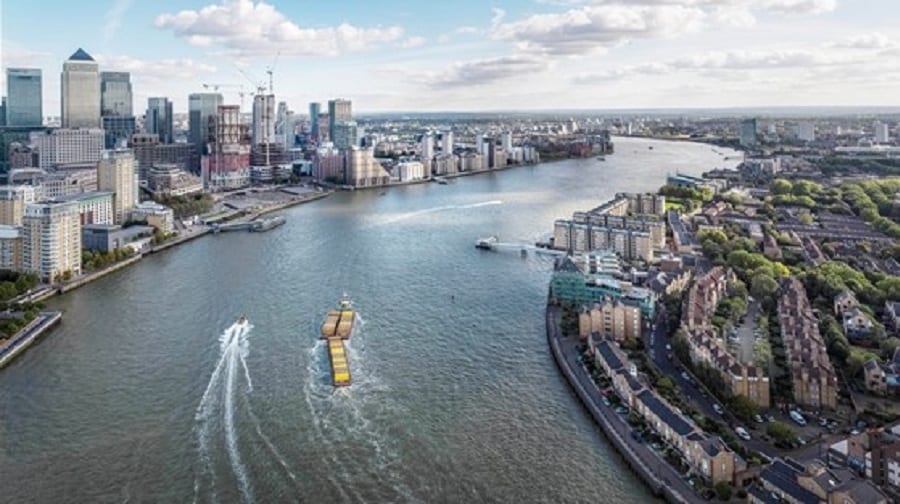 Now TfL will consider a ferries option for the river crossing (Image: TfL)

TfL and the Mayor were faced with a backlash after announcing on Friday the Rotherhithe Bridge would be ‘paused’ because expected costs have nearly doubled.

TfL will return to considering other options, including ferries, for the crossing between Rotherhithe and Canary Wharf, saying “the sheer scale” of the bridge means it is “currently unaffordable.”

In a letter announcing the decision, deputy mayor for transport Heidi Alexander said: “The current midpoint cost estimate for the scheme is £463m, within a range that means final costs could be over £600m.

“This compares to a £350m allocation in the current TfL Business Plan. The bridge is therefore unaffordable in the short to medium term, particularly in the context of TfL’s wider financial challenges.”

A spokesperson for the Mayor said the estimated cost of the bridge had increased to half a billion pounds, and that pausing work was a “sensible” choice to protect London’s taxpayers.

Council leader, Cllr Peter John, said the council was “very disappointed“, called on the deputy mayor and TfL to get the project back on track.

“If costs have increased, it’s important we understand why, and look at what can be done to manage costs without jeopardising such an important project.”

The local area had been neglected in terms of transport for too long, he added, making the bridge necessary.

“This will become Labour’s ‘Garden Bridge’ fiasco, but more than that, it shows that Labour sadly lacks the drive, vision and ability to deliver the modern green infrastructure Southwark and London needs,” said the group’s transport spokesman, Cllr Damian O’Brien.

“This is hugely disappointing news that’s come out of the blue. Labour had promised to deliver this vital cycle and pedestrian bridge and despite them failing on Bricklayers Tube station, bike-hire, and the RV1 bus, we had believed they meant it this time.”

But Labour’s Rotherhithe ward councillors said they condemned the decision and that they also urged TfL to reconsider, despite its “funding pressures” from central Government.

“We understand that there are funding pressures on TfL but they have serious questions to answer about how their estimated cost has more than doubled,” said the ward’s three councillors.

“We completely condemn TfL’s decision, and we urge them to reconsider.”

In consultation, published in March last year, 93 per cent of residents backed a navigable river crossing at some kind between Rotherhithe and Canary Wharf, with 85 per cent backing a navigable bridge.