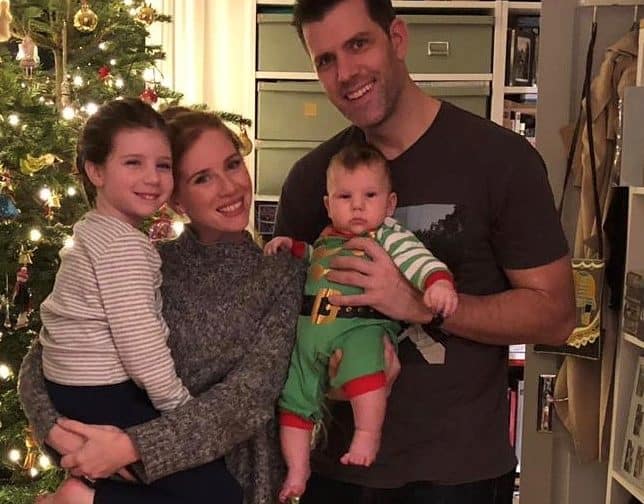 A Dulwich man has slammed TfL after he was handed a £130 parking fine while waiting to pick up his nine-month-pregnant partner from a delayed train.

Andrew Potts, 41, was waiting outside West Dulwich station for his partner Jenna, 32, who was nine months pregnant at the time on September 12. The couple’s child was born just a week later.

When the couple got back from the hospital with their new-born, they found they had been fined £65 for contravening the two-minute limit on the bay.

However, after being contacted by the News, TfL said it would cancel all fines as a goodwill gesture to the couple.

The pair decided to appeal the charge after being told their mitigating circumstances of a late train while being heavily pregnant were not enough to have the fine cancelled.

The father-of-two said that the fines amount meant that he was unable to buy his daughter, 4, the bike she’d wanted for Christmas. He told the News: “The thing that bothered us the most initially was that it was a one-minute overstay. The train was a bit late and she was heavily pregnant.”

Mr Potts said that he was originally told by the agency that his car had been parked in the picking up bay a minute longer than the allowed limit.

In a fifty page submission to an adjudicator last month, TfL provided evidence that he had been in the bay for five minutes, leading to their appeal being unsuccessful.

However, to the couple’s shock, the fine had doubled from £65 to £130, despite their appealing within the 28 day timeframe.

“The concern is that other people will be appealing fines and then will be slammed with a higher fine,” Mr Potts said. “In the grand scheme of things it’s not a big amount of money, but it’s the principle of it. People should be reasonable about this – don’t then say we’re going to charge you more if you decide to appeal.”

Paul Cowperthwaite, TfL’s General Manager for Road User Charging, said: “We enforce traffic regulations with the sole purpose of keeping traffic moving safely and efficiently for the benefit of everyone.

“As a goodwill gesture to Mr Potts, we have cancelled the PCN.”