Locals have until November 19 to comment on the plans 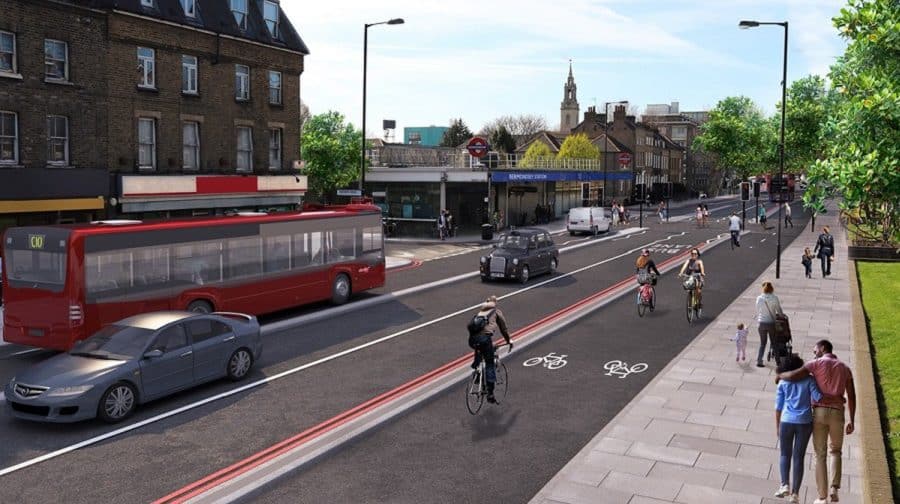 TfL has today announced proposals for a segregated Cycle Super Highway to run through Tooley Street and Jamaica Road.

The planned transformation of the A200 would create a segregated cycle link from Tower Bridge Road, all the way to Evelyn Street and Creek Road in Lewisham and Greenwich.

It also includes plans to redesign the Rotherhithe Tunnel roundabout, as well as for five new locations to receive pedestrian traffic lights, and smaller upgrades to 20 other crossings.

The plans were announced as part of a public consultation, which will close on November 19.

The project, nicknamed CS4 (Cycle Superhighway 4) is due to begin “late next year”, and would cost £55m.

A second consultation, due later this year, will also seek feedback on proposals to include Lower Road in the route.

The mayor of London, Sadiq Khan, said: “I’m delighted to be able to announce plans to bring more than 4km of segregated cycle lanes to south-east London.

“We need more Londoners to cycle and walk for the good of their health and our air quality, and that’s why we’re working so hard make cycling safer and easier right across the capital. By bringing this route to an area of such high demand, this superhighway really will open up cycling to thousands more Londoners.”

Looks like a great idea at face value. This is an easy route to cycle (in terms of gradients, hills etc) – I think Wheels for Wellbeing take guided groups round the area – but traffic is really dicey at the moment. Would open up cycling into London for loads of people in Bermondsey / Deptford who probably feel its unsafe at the moment..