'Given its relatively poor value for money, low use, and the coverage of other routes in the area it would be worthwhile to withdraw the RV1' 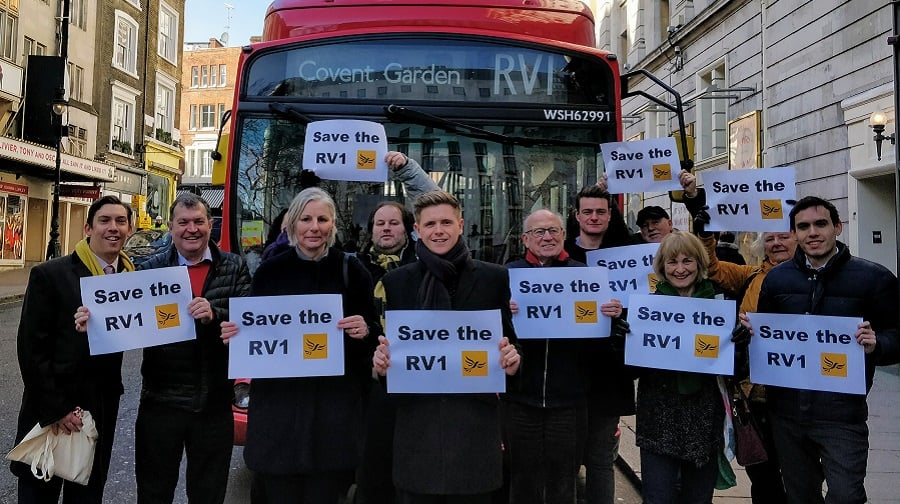 TfL has proposed withdrawing the RV1 bus route as part of its review of central London busses published today.

If the current proposal were approved, it would see the removal of the RV1 service entirely in 2019, ahead of its contracted end date in March 2020.

In its review of the service, TfL said: “The total cost of operating the RV1 is about £3.3 million per year.

“The review of Central London bus services recommends that given its relatively poor value for money, low use, and the coverage of other routes in the area it would be worthwhile to withdraw the RV1.”

The review said that the money saved from withdrawing the service would be spent on outer London services where there are growing passenger numbers.

It also proposed extending route 343 to maintain direct connections between London Bridge to the Tower of London area.

The shake-up is part of a review of 34 routes in central London to address what TfL says is an oversupply in certain areas.

Geoff Hobbs, Director of Public Transport Service Planning at TfL, said: “Buses have a crucial role to play in boosting the number of people using public transport, but they can’t do this without reflecting how London has changed.

“Ultimately these changes, which are predominately minor route restructures or timetable adjustments, would create an efficient modern network with buses in the right places at the right times.”

Florence Eshalomi AM, London Assembly Member for Lambeth and Southwark, said: “Whilst these proposed changes will have implications for a number of commuters, I will be urging TfL to ensure the overall level of disruption will be kept to a minimum.

“We know that there is a need to balance demand for bus services across London whilst helping to reduce congestion and air pollution on the busiest streets in the capital. However, during the upcoming consultation, it is essential that TfL listen carefully to any concerns local people might have towards these proposals.

“I also want to see TfL coming forward with robust plans to mitigate any problems that might arise for passengers with disabilities or mobility issues.

“Over the coming months, I will holding TfL closely to account on this.”

The suggestions will now go to a six-week public consultation which closes on November 9.

The full TfL proposal on the RV1 can be read here.

The full proposals for central London services are listed on the TfL website.