Since May 2020, TfL has either created or upgraded 90km of cycle routes 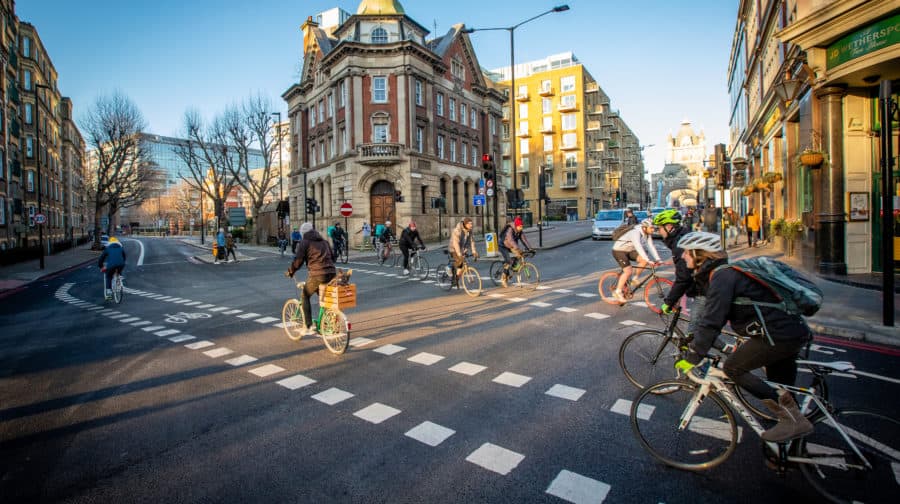 TfL has set out plans for trial changes to Cycleway 4 that will extend the route to London Bridge Station via Duke Street Hill and Tooley Street.

The proposals were announced this week after construction started on a further trial extension into Charlton from Angerstein Roundabout.

Work began on Cycleway 4 in July 2019 with the first stretch completed in September, creating a fully protected cycleway between Tower Bridge Road and Rotherhithe.

The route aims to help people cycle safely to and from the city, especially given the COVID-19 pandemic and reduced capacity on the transport network.

The trial changes in Bermondsey will see:

TfL says it is anticipating London Bridge, already one of the city’s busiest rail and tube stations, to see an increase in people arriving by train who want to travel the last leg of their journey on foot or by bike.

In December, TfL published its Travel in London report, which showed that almost half of all journeys between April and June 2020 were made by walking and cycling – up from 29 per cent before the pandemic.

Since May 2020, TfL has either created or upgraded 90km of cycle routes.

The changes will be in place from March through experimental traffic orders. The public is asked to share views on the scheme via TfL’s website before a full consultation launches later in the year.

Will Norman, London’s walking and cycling commissioner, said: “Recent TfL data shows that many Londoners have turned to cycling during the pandemic as a way to exercise and make essential journeys, so it is vital that they are able to do so safely.

“The trial changes being made to extend Cycleway 4 will enable more people to cycle safely and easily around London Bridge and beyond, building upon measures already taken to extend the route between Greenwich and Charlton.

“I urge people to submit their feedback now and take part in the engagement, so we can ensure these changes work for all those living, working and travelling in the area.”

Helen Cansick, TfL’s head of healthy streets delivery, said: “As the pandemic continues, the need for safe walking and cycling infrastructure is more important than ever, to ensure that there is enough space on public transport for those who need to travel.

“These trial extensions to Cycleway 4 will create a much safer environment for those cycling between central London, southeast London and beyond and we really value people’s feedback on our plans to ensure that they work for everyone.”

They have turned to bikes bcause transport is so expensive but Khan just continues to up the price . You have to wonder who is actually running city hall …the mayor , TFL or the cyclists /