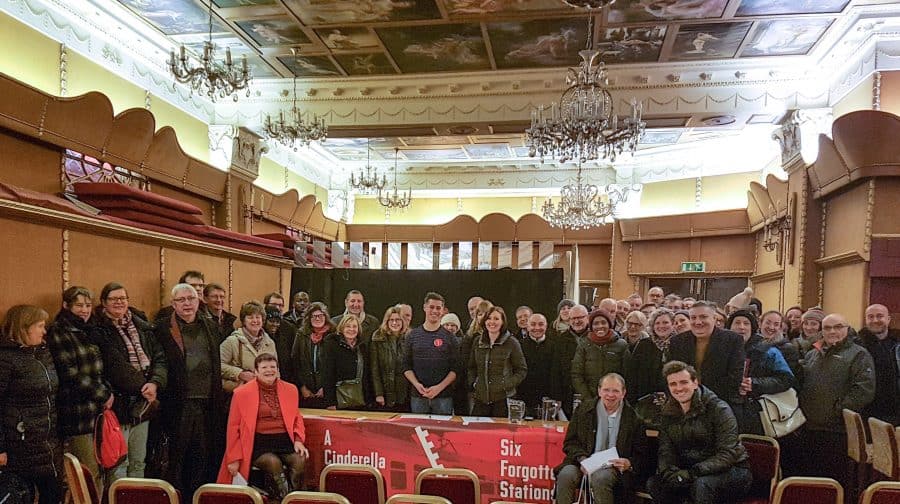 Commuters travelling on the ‘Catford loop’ will soon benefit from more peak-hour trains after residents complained the service ran less frequently than in the 1950s.

The stretch between Nunhead and Ravensbourne is used by commuters going to Victoria and Blackfriars from Sevenoaks and Dover Priory. The section has six stops: Ravensbourne, Beckenham Hill, Bellingham, Catford, Crofton Park, Nunhead, Peckham Rye, and Denmark Hill.

Currently, the service only sees two trains an hour into central London – on a par with trains from Leeds to London, and the Eurostar.

Residents say there are 36% more passengers than just four years ago, and overcrowding is common on four-carriage trains.

According to campaigners, in 1956 there were 62 trains per day on the line, with 14-per-hour in the morning peak period.

But by 2016, this was reduced to 39 trains each day, with only eight during morning peak hours.

Chris Brown, a trade union worker from Nunhead, told the News: “Morning peak time trains are absolutely packed. The journeys are really uncomfortable – I had to get off a train at Peckham Rye last week as it felt dangerously over-crowded.

“If you can’t get on a train, or it’s cancelled, then you’ve got a 30 minute wait for the next one and of course the next train is likely to be even more overcrowded.”

A long-running campaign to improve the stretch of track, nicknamed the ‘Cinderella line’ by residents, reaped success on Saturday.

At a public meeting, Thameslink announced a new timetable, coming into effect in May 2018. There will be two extra trains in the morning between 7-9pm and in the evening between 5-7pm.

Michael Woodhead, Chair of the ‘Cinderella line’ campaign, said: ­­­“Although this is what we initially campaigned for, this is only the start for us – once the new services are running we want to ensure they are fit for passenger demand.”

Phil Hutchinson, Govia Thameslink Railway’s head of strategic planning, confirmed Thameslink trains will double from two to four trains per hour throughout the day between Monday and Saturdays, with Sunday service improvements to be made at a later date.

He said: “We are pleased that our passengers on the Catford Loop will be among the first to benefit from RailPlan 20/20, our comprehensive, once-in-a-generation modernisation programme that is transforming rail services across our network.

“With its urgent need for more capacity this line has been one of our highest priorities; passengers will also enjoy new route opportunities along with better reliability and punctuality thanks to wholesale timetable and infrastructure improvements.

“We are very grateful to local passenger groups for their contributions to our consultation programme for these new services.”