Thank you so much! Terminally ill Millwall mum ‘overwhelmed’ at donations

Courtney Terry was stunned by the generosity of football fans who have helped raise over £20,000 to re-arrange her fairytale wedding, after doctors told her she might not make it to the original date. 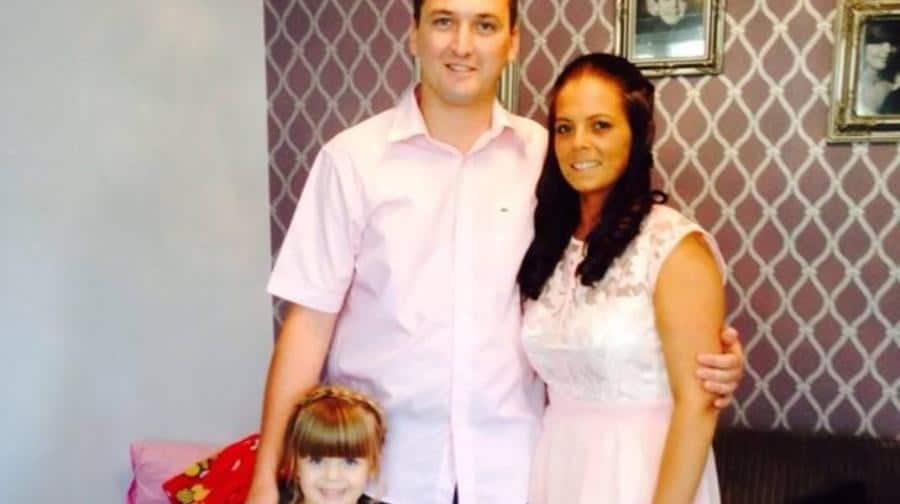 A terminally ill Millwall fan is ‘overwhelmed’ after the country’s football community came together to help raise over £20,000 for her ‘fairytale wedding’.

As first reported by the News last week, 27-year-old Courtney Terry was planning to marry her fiancé Billy in November before doctors warned her she would not make it that far.

The mum appealed to Millwall FC fans to help rearrange a wedding at short notice and give her fiancé and their five-year-old daughter Dolcie a wonderful memory.

Fans of clubs across the country were quick to put aside sporting rivalries to join together in helping the family realise their wedding dream. Donations poured in and hundreds of people left messages of support.

She said: “I am so overwhelmed by everyone’s kindness and help. Thank you so much from the bottom of my heart.”

Bill added: “We have been simply overwhelmed by the love and support of everyone. It is truly humbling. I am speechless.”

Little Dolcie was invited to be a pre-match mascot for Millwall before their game last Saturday, while Courtney and Billy watched on proudly from an executive box.

Dolcie was a mascot at Millwall’s match against Derby last week.

Millwall chairman John Berylson said: “This is a heart-rending story and we can only salute the bravery and determination of Courtney as she battles this awful disease. We are only too pleased to be able to help in some small way.”

As well as receiving thousands of pounds of donations, the family also received offers of free wedding services from a number of touched business-owners, including Richard Dannaher of Discologic. He said: “I am a wedding DJ by trade but I have countless contacts – photographers, toastmasters, venues – in the business. I’ve been doing this for many years and every now and then you read a story that really touches you.

“You wish you didn’t see stories like Courtney’s but if there is something you can do, if you can help make a happy ending somewhere along the way, then you want to do what you can.”

To make a donation visit: http://causewish.com/project/courtney-s-final-wish

Southwark NewsNewsThank you so much! Terminally ill Millwall mum ‘overwhelmed’ at donations