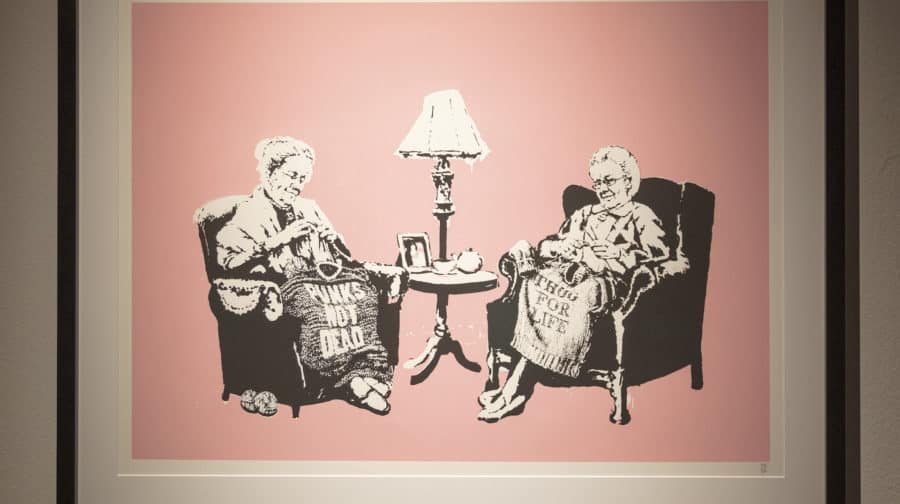 The countdown is officially on to London’s cultural re-awakening and The Art of Banksy is at the forefront. With the nation only weeks away from reopening, the wait is finally over for the hotly anticipated show of the spring. Tipped by audiences across globe as one not to be missed, this is the very first time the world’s largest touring exhibition of authentic Banksy Artworks is coming to the UK.

The critically acclaimed showcase features original and authenticated works from one of the most intriguing and talked-about artists in modern history. Confirmed for display are prints, canvasses, screen prints, sculptures, unique works and limited-edition pieces mainly dated between the years 1997 to 2008, the period which resulted in Banksy’s most recognisable and well-known works.

In true Banksy style, The Art of Banksy is not authorised or curated in collaboration with the artist, and like the elusive man himself, the vast 12,000 sq ft underground exhibition space is hidden in plain sight, right at the heart of Seven Dials, Covent Garden.

Across the world, this ground-breaking exhibition boasts over 750,000 global visitors to date. 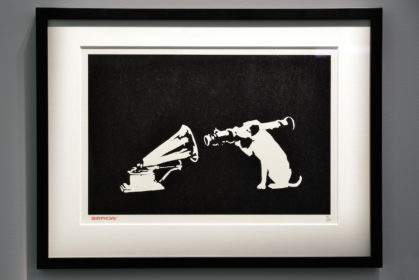 Now confirmed to bring together over 70 original works gathered from private collections across the globe, The Art of Banksy will explore highlights from across the 30-year career of the notoriously anonymous artist. From some of the most reproduced images of the decade to lesser-known canvases, the show will showcase rarely seen works to satisfy even the most knowledgeable of Banksy buffs.

The infamous ‘Brace Yourself’ artwork and its dodgem riding Grim Reaper is set to be unveiled in a rarely seen public outing for the painting. Making headlines in 2010 when the work was gifted by Banksy to a band, previously known as ‘Exit Through the Gift Shop’, in exchange for the rights to their name. The piece has been mostly hidden away behind closed doors since its creation over a decade ago. The vast 245 x 182cm work – one of the largest ever created by Banksy – will take centre stage in the exhibition opening.

Michel Boersma, Producer, The Art of Banksy, said: “An artist made by the people, for the people, and perhaps one of the most powerful artists of a generation – this is a one-of-a-kind exhibition that celebrates the work of an artist often ignored by the arts establishment. With over 70 works on display, it’s a real chance to see the best and the brightest of one of the UK’s best-loved artists.”

Sean Sweeney, London Co-Presenter, The Art of Banksy, said: ‘After an unprecedented year that put the capital into a slumber, we are thrilled to be part of the cultural reawakening of London this May. Many of these spectacular pieces live hidden away in private homes, collections and even warehouses. We are acutely aware that the people have been starved of art for over a year, and these works have been missing the public for even longer.

This summer is going to be a momentous time for culture in our capital, and we just can’t wait to open our doors and be part of it.’

The Art of Banksy is supported by Luno, the leading global cryptocurrency company on a mission to upgrade the world to a better financial system.

Book your ticket at artofbanksy.co.uk