The properties are among 22 London homes on the shortlist 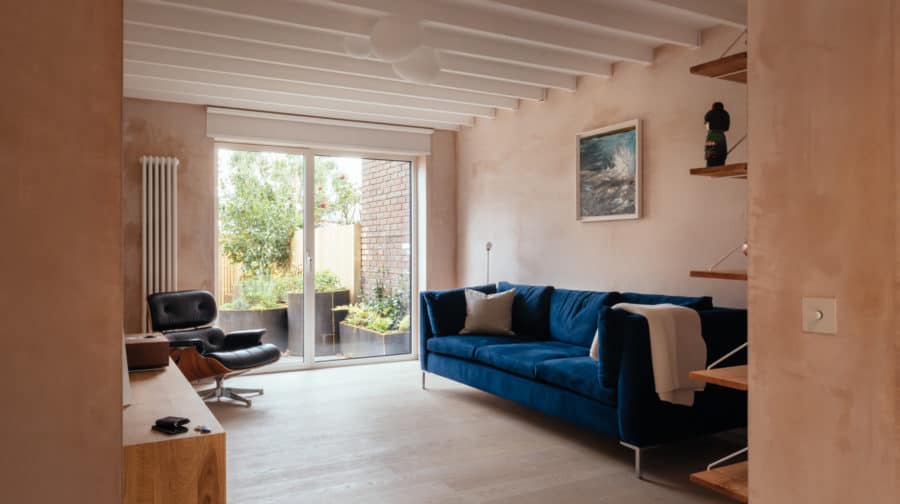 A former council house in Bermondsey and an Edwardian terraced house in Peckham are in the running for a coveted London architecture prize, writes Kit Heren…

“The property was somewhat small but well organised. We wanted to use the space to its maximum efficiency,” said Anamaria Pircu, one of the partners at Shad Thames-based practice Vatraa, whose work on a house in William Ellis Way is among the 22 projects shortlisted for the Don’t Move, Improve prize run by New London Architecture. 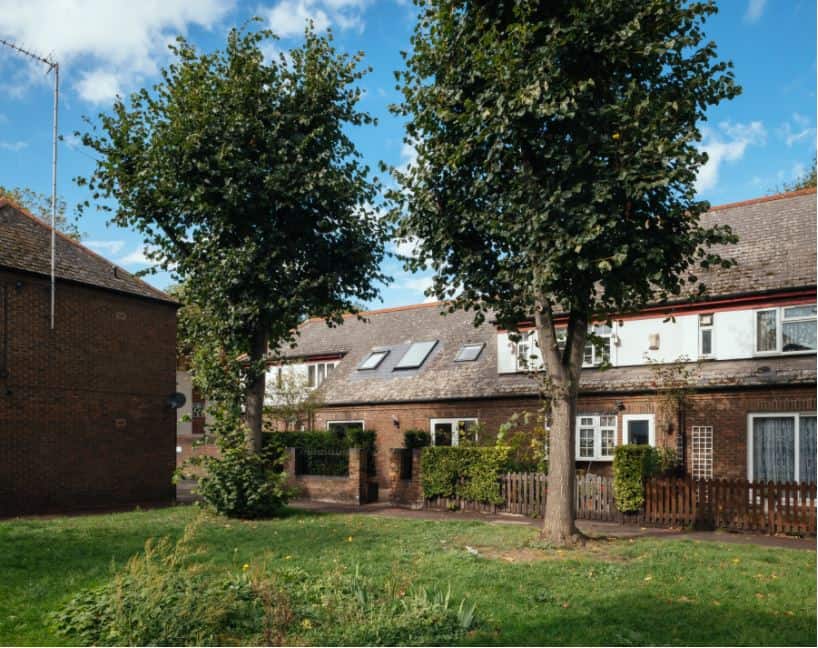 The prize aims to show what architects can do even in small London properties and with relatively low budgets.

Pircu and her partner Bogdan Rusu said it was important not to extend the property to be “respectful” of the condition of the rest of the estate, which stretches back behind Bermondsey tube station.

“We discussed how we could improve the space,” Rusu said.  “Of course, an ex-council house is something many architects would not touch because they don’t see the potential.”

“But we met with the owner and discussed space efficiency, openness and character. We had a collaborative approach.” 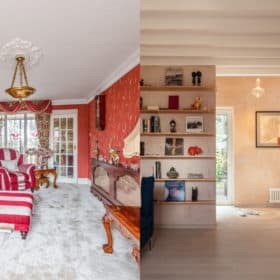 Before and after. Photos: Jim Stephenson

Building started in late 2019, but had to be put on hold briefly in March 2020 because of a plaster shortage at the start of the pandemic as construction shops shut down. The indoor work was finished in May and the front and back gardens in August.

The result is a light and airy space that strips back many of the features in the original design in favour of a minimalist design, including a large, frameless skylight above the stairs. Tall hedges have been added to the  front garden, while the back garden has been given local edible plants.

“Because they are not that deep, the properties in this estate have quite a nice connection between the house and the front and back garden,” Pircu said. “We wanted to take advantage of that because it’s not something you usually see in London.” 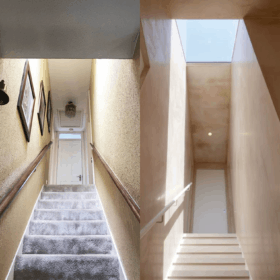 Before and after. Photos: Jim Stephenson

Pircu and Rusu said they were keen to work with London councils in future, including Southwark, after seeing how well organised the space in this house was.

“We’d like to work more with local councils to build community spaces. With this project we really liked the opportunity to study how Southwark worked.”

South London-based architect Adam Draper’s first project with his new practice Draper Studio was an extension and refurbishment of an Edwardian terraced house in Peckham. 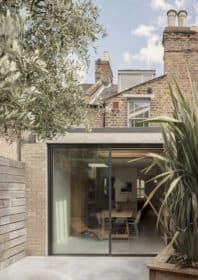 “I’m really  quite honoured to be on the shortlist alongside so many great projects,” Draper said.

Working with the homeowner and a trusted contractor, Draper built out the kitchen at the rear of the house, as well as renovating some of the other rooms.

“It’s quite a tight terraced house, and there was already a room at the bottom of the garden,” he added. “So there was a risk that we could obliterate the garden space with the extension.”

Both architect and homeowner are very pleased with the result. “As an architect it’s really hard to achieve good quality design on a shoestring, so I was delighted that this worked out so well,” Draper said.

Another extension, on Amott Road in Peckham, completes the trio of Southwark projects shortlisted for the awards.

The final awards will be announced in May.

Southwark NewsNewsThe Bermondsey ex-council house up for an architecture award