The chef who saved the Bermondsey Street Festival

Lawrence Lingard, of Simplicity Restaurant, stepped in to save the festival. 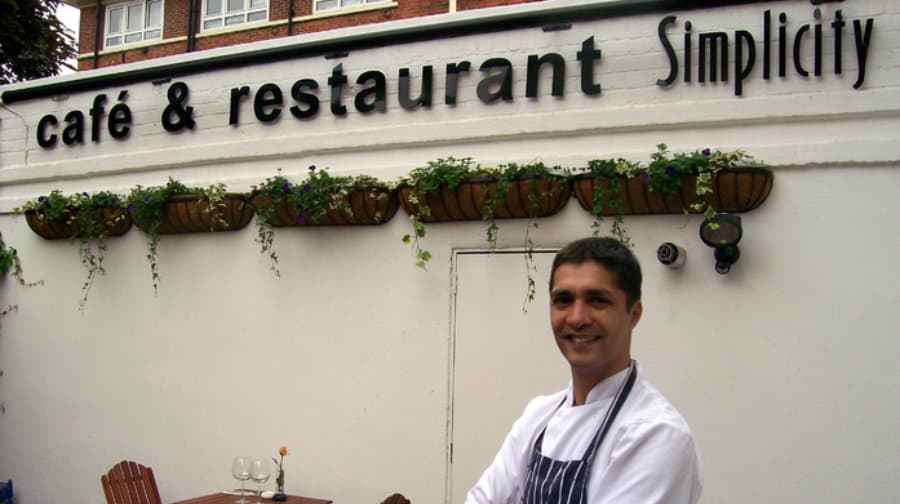 Lawrence outside his Tunnel Road restaurant

The saviour of the Bermondsey Street Festival wants to create a new foodie quarter around his popular restaurant in Rotherhithe.

Lawrence Lingard, of Simplicity in Tunnel Road, stepped in to save the annual celebration when organisers experienced a funding shortfall.

He said that he was desperate to see the popular community event go ahead – and equally determined to help grow his own restaurant, as well as Rotherhithe’s blossoming cuisine scene.

He said: “Places like Bermondsey Street and Maltby Street are really exciting and something I would love to see develop in Rotherhithe. Restaurants give people a reason to visit an area, to see what else is around and go for a wander.”

The adventurous chef, who took part in an around-the-world yacht race last year, saw the festival as a great way to highlight his own restaurant, which he has been working to improve since returning to solid land.

He said: “I wanted to use the festival as a chance to show off Simplicity to the wider south London community – and where better than in Bermondsey? We will be hosting a champagne and oyster stand, an ice cream stand, as well as drinks served in handy bags at the festival.

“We’re a local community restaurant. The last year has been a difficult challenge to get the restaurant back to where it was before I left, but we’ve done that now and want to push on to the next stage.”

The restaurant serves meals using local, fresh ingredients and aims to give British food “its rightful place at the table.”

Lawrence was also involved with another community cooking venture last week, when he attended the launch of the Bermondsey Community Kitchen youth project.

He said: “To be invited to the event with Raymond Blanc was really nice. He is one of the best chefs in the world and it was great to see him involved in such a positive project.

“I have been invited back to help teach some of the trainees, which is a real honour. In the past I was involved in colleges and schools, so it’s great that this new venture have asked me to help.”

First up, though, is the Bermondsey festival.

Lawrence said: “Saturday is going to be a great day. The weather looks good and there is so much planned. They call it ‘the village fete in the city’ and that sums it up – it’s a great community event.”

Bermondsey Street Festival organiser Angela Fordham said: “We are delighted that Simplicity have stepped in to sponsor us, ensuring that the festival can this year. We are happy to be working with such a great restaurant and dynamic man.”