Carvings for the artwork were created by residents on nearby estates 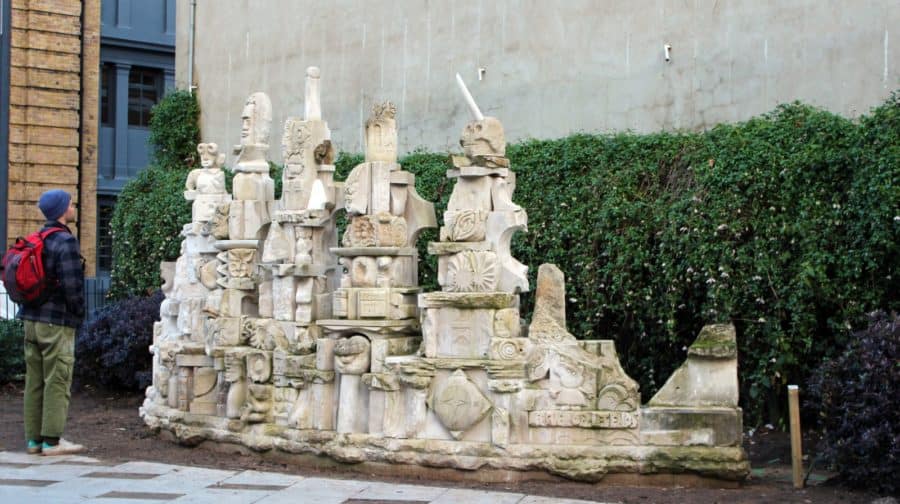 A new community-built sculpture has been unveiled in Bermondsey’s Tanner Street Park.

The artwork, called the Cornerstone, uses more than 100 stone carvings created by residents and locals on the nearby Whites Grounds Estate.

The piece was the brainchild of artist Austin Emery, a former Bermondsey resident.

“I love the idea of people who would not otherwise normally do this, coming together and getting the chance to pick up a chisel and mallet to carve something of themselves into the stone, and for their carving to become a permanent part of the fabric and landscape of London, which will outlive all of us,” he said.

“This feeling of connection to the material of our place is something that stonemasons and carvers have always enjoyed.” 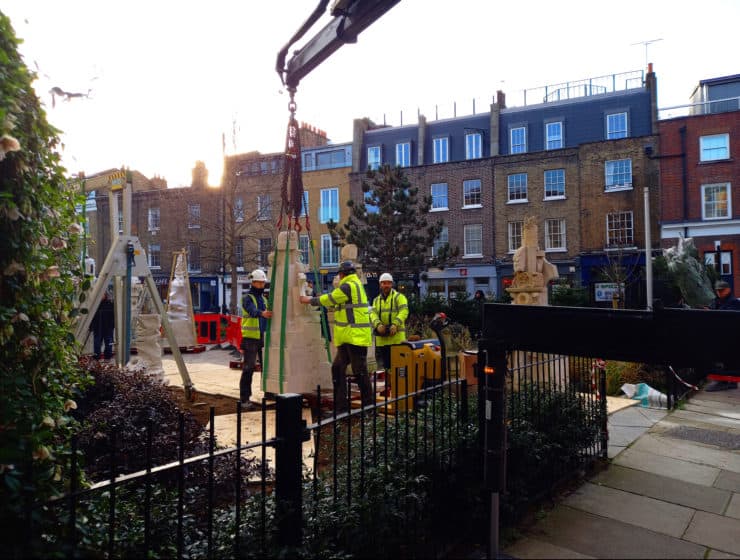 More than 200 residents, groups, and businesses crowdfunded the cost of the project, including the Mayor’s Office, which contributed £50,000 and Southwark Council.

“It’s a wonderful collaboration between artist Austin Emery and the local community, a number of whom made an impression on the sculpture during public workshop sessions.

“It is a striking addition to our park and we hope that it will inspire and bring joy to generations to come as well.”

A sister piece to the Cornerstone, called The Shared, was unveiled on the Tyers Estate in 2014. 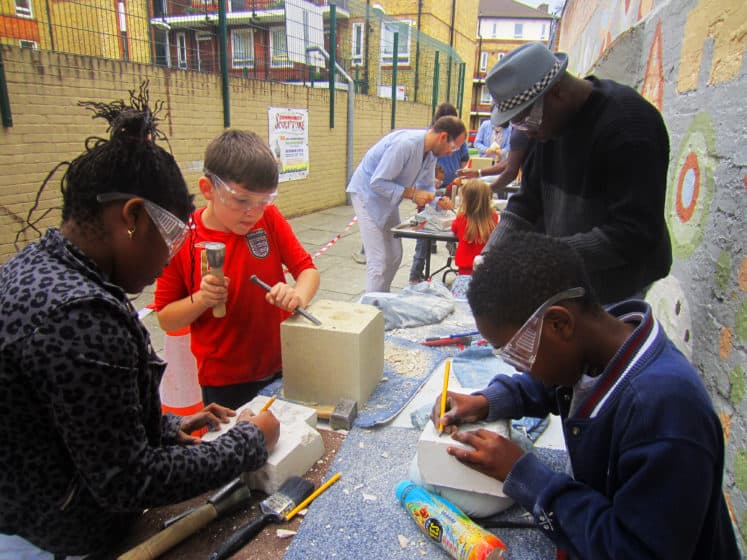 Bermondsey councillor, Cllr Damian O’Brien, who has backed the two projects, said he thanked all those involved in making the artwork come to life.

“I’d like to thank Austin Emery and members of the community who have created this striking piece of art, thanks also to Southwark’s Parks Department for agreeing its placement in Tanner Street Park,” he said.

“I hope it will be appreciated for the community spirit that was at the forefront of its creation.”