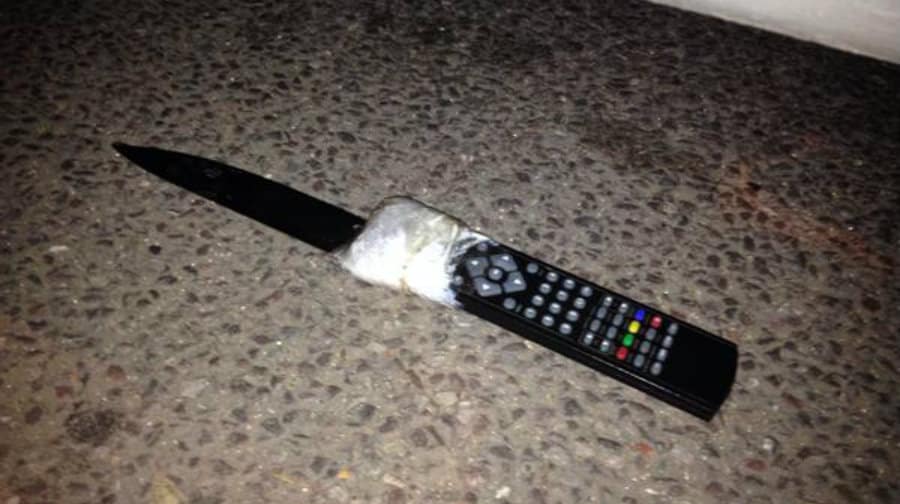 A ‘switchblade’ with a difference was discovered by police when they were called to a disturbance between a taxi driver and a passenger in Elephant and Castle last week.

After officers stopped the vehicle in Newington Butts just before midnight on Thursday night, they searched the passenger and found a large blade Sellotaped to a television remote control. The man was arrested on suspicion of being in possession of a knife and taken to a south London police station, but was later bailed until a date in November.

Back at the station, officers tweeted a photograph of the crude homemade weapon with the message: “Remote control + large knife blade = one arrested and Southwark safer.” An inspector for the NSPCC, @JoeJones1974, replied: “Switchblades these days” with taskforce officer, @ConstableXL, adding: “The cutting edge of technology.”