The Spanish artist’s creative genius was employed in illustrating the legendary text. 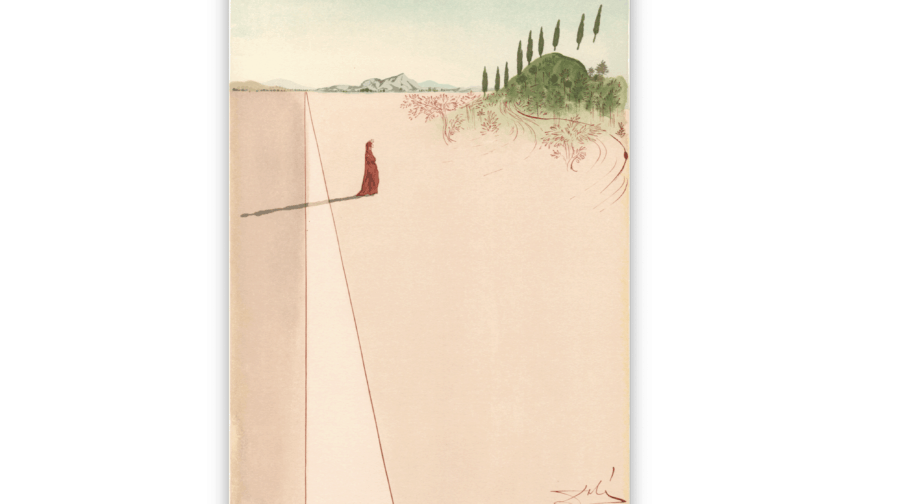 The Divine Comedy by Dante Alighieri is one of the best known, and greatest, epic works of literature ever created. Likewise, Salvador Dalí is often regarded as one of the most celebrated and most eccentric creatives within the pantheon of modern European artists. He is undoubtedly the greatest of Surrealists. These two greats come together in this collection of hauntingly gorgeous woodcuts done by Dalí in the 1960s to illustrate Dante’s famous three-part narrative poem.

These images allow us to visualise hell, purgatory, and heaven in a thoroughly modern manner that adds a new perspective to the legendary words of Dante. Dalí used his own iconography and Surrealist imagination to add to and to interpret Dante’s cantos in a fresh way – not an easy task for a 700-year-old text.

This exhibition at the Eames Fine Art Print Room will expose a fresh audience to Dalí’s distinctive Surrealist interpretations of Dante, demonstrating how the legendary Spanish artist’s iconoclastic creative genius was employed in illustrating the legendary Florentine poet’s text.

In 1950, to commemorate the 700th anniversary of Dante’s death, the Italian government commissioned Dalí to illustrate the Divine Comedy. After some conflict, the government terminated the contract, but Dalí was already immersed in the project and unwilling to give it up. He approached a French publisher and his atelier Editions d’art Les Heures Claires, for collaboration.

Each woodblock image represents a canto, or a chapter, of the Divine Comedy. This suite was made by carving 3,500 woodblocks, with approximately 35 separate blocks for each print. Dalí directly supervised the production of these woodblock prints, giving final approval for each of the pieces.

Throughout his long artistic career, printmaking and book illustrations were important to Dalí – as seen through these stunning illustrations of the Divine Comedy. Dalí also executed illustrations for other literary classics, such as Don Quixote, The Arabian Nights, and Macbeth. Dali himself thought this suite to be one of the most important in his career and it is considered by many today to be his most notable total body of graphic work.