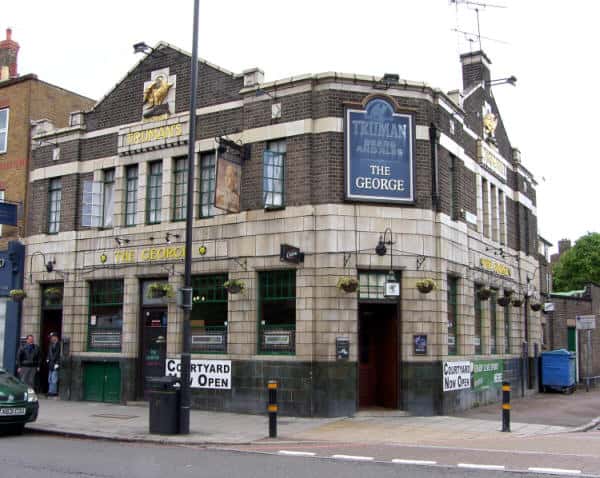 The George on Tower Bridge Road

Police have launched an investigation after a man was found stabbed inside a Bermondsey pub on Friday evening.

A member of staff said that the stabbing took place inside The George on Tower Bridge Road when called by the News but refused to comment further without speaking to a manager.

The victim, a man in his forties, was found suffering stab wounds at the address on Tower Bridge Road at around 7.30pm on Friday evening.

Paramedics rushed him to hospital, and said his injuries were neither life-changing or life-threatening.

The Met  confirmed they attended an address on Tower Bridge Road and said: “A man, aged in his forties, was taken to hospital where his condition was not assessed as life-changing or life-threatening.”

There have been no arrests, and enquiries are ongoing.

A manager for the pub said: “We’re not passing on any details. We’ve been working with the police.”