Starting off (socially distanced) in the grand art deco designed bar and central space we are immediately introduced to our narrator Nick Carraway in the midst of one of Gatsby’s notorious parties. 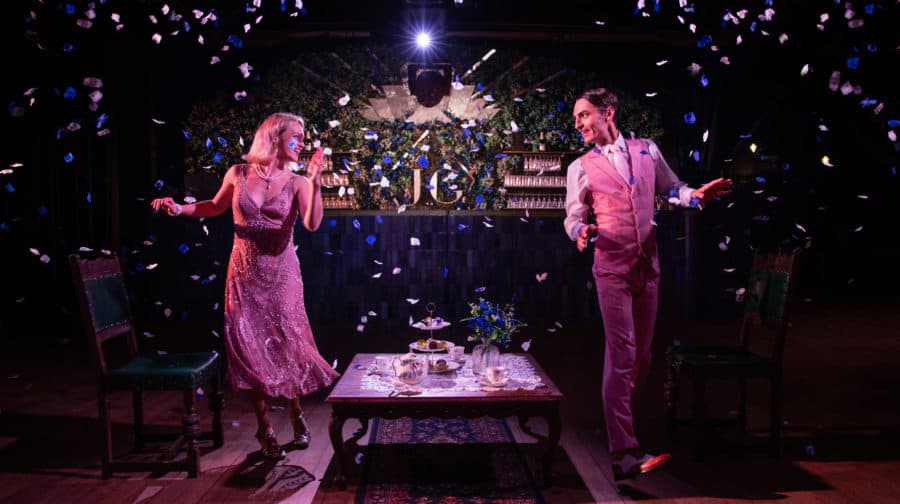 Seeing as 2020 has not gone as planned it seems only right to don a sparkly dress, grab a glass of champagne and return to the 1920s for some Jazz Age revelry, writes Rosie O’Connell…

The grim realities of the world outside are, of course, never too far away with face masks and hand sanitisers aplenty, though the masks hardly seem out of place at Gatsby’s Mansion, merely add to the masquerade.

Starting off (socially distanced) in the grand art deco designed bar and central space we are immediately introduced to our narrator Nick Carraway in the midst of one of Gatsby’s notorious parties. He is presently joined by the rest of the cast for an energetic Charleston that makes the room shake and the audience becomes naturally familiarised with the characters in attendance. 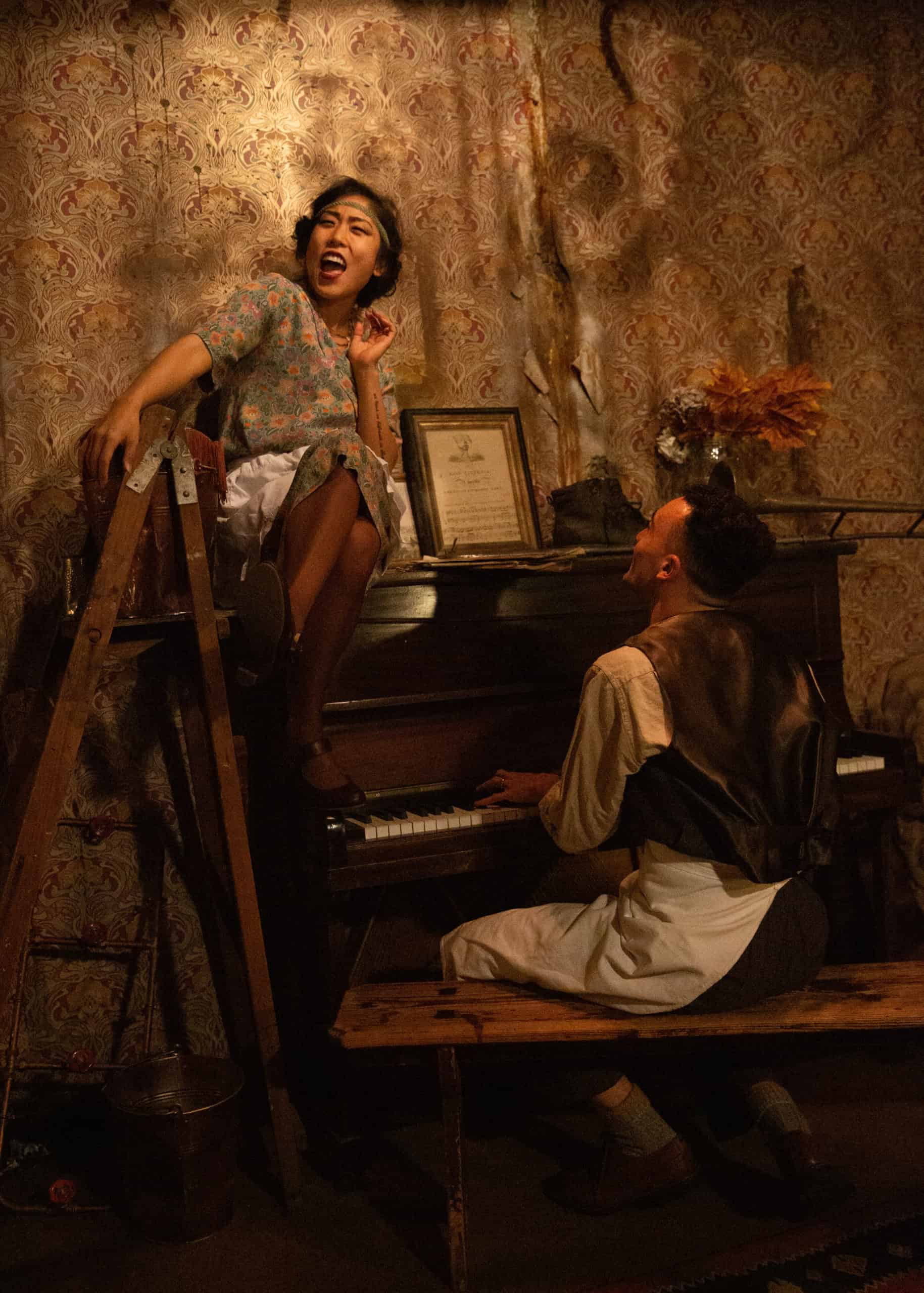 From this point on, pockets of guests are invited by the actors to join them in smaller side rooms where each group gets their own story additions. While previous renditions of this immersive experience would allow the audience to roam the different sets and rooms and stumble upon various interactions with the actors, the Covid-Safe restrictions mean just that – it is more restricted.

It is, nonetheless, hard to not feel as though you are missing out by not exploring those areas that are off limits, even though it seems to be planned out in such a way that no matter your seat for the evening you will be whisked away at some point. And the majority of the narrative unfolds in that central bar space. That said, for someone perhaps not as familiar with the plot, I do wonder how unclear all of this might be.

Craig Hamilton rose to the challenge as the eponymous Gatsby and gave a suave and smiling, yet melancholic detached performance, and Lucinda Turner’s Daisy was the perfect balance of self-absorbed but still somehow enchanting. Beyond the leading roles, Ivy Corbin as Jordan Baker has unmatched energy throughout the whole evening and Lucas Jones’ George Wilson is tragic and heartfelt.

The evening drew to an end with the feeling that actors and audience alike were truly thrilled and grateful to be in a performance space again. While it is not the open, free-roaming experience of before, they have maintained the glitz and glamour of Fitzgerald’s 1920s in a way that makes it well worth a step outside of reality for a few hours.