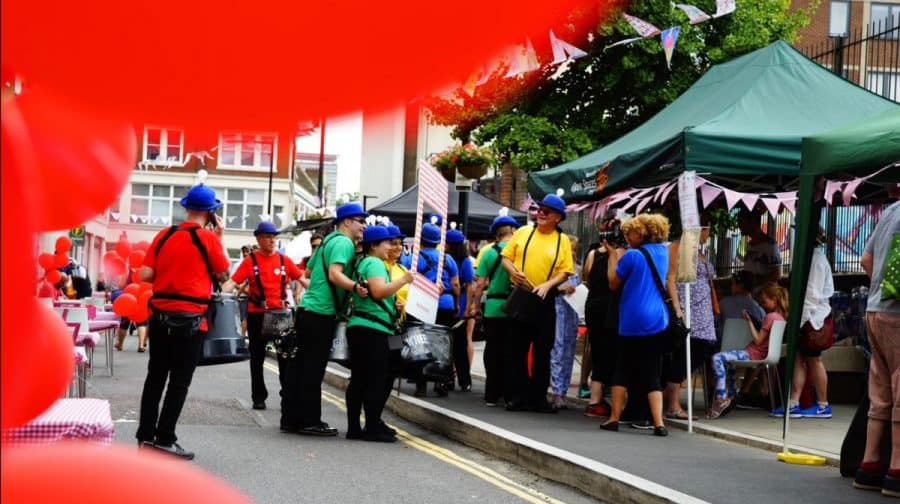 An annual street party across Borough and Bankside is still going ahead this month but on air.

Over the last three years after the tragic death of MP Jo Cox murdered by a far-right terrorist in June 2016 The Great Get Together has brought a huge gathering of neighbours, friends, and those in our communities to celebrate what we have in common. Last year over 12,000 people took to their streets to drink, eat and enjoy a whole host of entertainment.

Organised by Bankside Open Spaces Trust’s (BOST) annual street party, could easily have gone the way of so many of the local events and festivals this year and just not happened. However,  radio has come to the rescue, allowing the street party to be enjoyed from the comfort of living rooms, kitchens or gardens, without breaking any social distancing regulations.

For organisers, with the pandemic placing further emphasis on the importance of community, this year’s event was even more approbate than before.  Radio is a perfect way, they say,  to share stories and show support during this tumultuous time. Nine hours of radio will broadcast live across multiple local stations, featuring music, theatre and comedy. Despite the party having been moved online, the much-loved festivities remain, with a virtual dog show, cat show. Programme highlights include celebrity contributions from Olympic medallist and local Tom Daley as well as BBC Radio 4’s Martha Kearney. There will be music from Brothers Ignatius and The Welsh Choir, comedy from the Country Mile, performances from the London School of Samba, interviews with special guests and much more, providing something for everyone. Presented by radio hosts George Allowit and Mirella Kumbi, locally based radio station Resonance 104.4 FM, and online community station K2KRadio, will broadcast simultaneously on the day. And with more stations yet to be announced, the event promises to connect local communities across the country.

Charlotte Gilsenan, CEO of Bankside Open Spaces Trust said, “We have got more in common than we realise, and in these unprecedented times neighbourhoods and communities have united in solidarity. It’s great to announce that this year’s Great Get Together isn’t cancelled, we are just doing things a little differently. We are still giving you the same energy and the best entertainment, just from the comfort and safety of your own home. Giving artists, community groups and businesses a chance to share their work as they would have at this year’s street party”.

Catherine Anderson, CEO of the Jo Cox Foundation, said, “The Great Get Together is special every year – but perhaps even more so this year as we all find new and innovative ways to reach out to our friends, neighbours and communities in extremely challenging times. We’re thrilled to support BOST’s imaginative plans to bring their iconic Bankside Get Together to more and more people not just in London but beyond, showing that we can all come together and continue to celebrate Jo’s values, which resonate now more than ever before. ”

The Great Get Together ‘On Air’ will be broadcast on Sunday June 21st from Midday until 9pm.

BOST’s Great Get Together ‘On Air’ has been able to continue this thanks to funding from the Arts Council England, London Borough of Southwark, United Saint Saviours charity, Great Portland Estates and Union Street Partners.