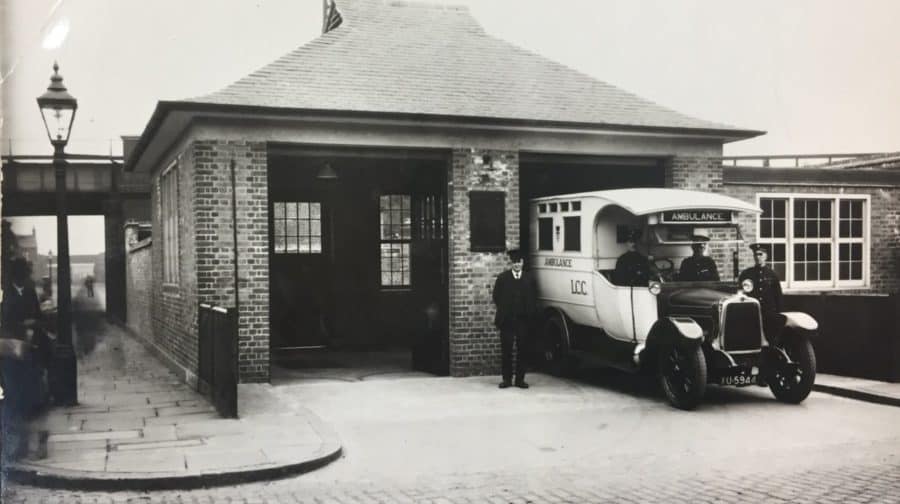 Heritage campaigners fear Old Kent Road regeneration plans could see many of the area’s industrial buildings completely razed, but are increasingly hopeful a new report by Southwark Council could mark a watershed moment in protecting Peckham and Bermondsey’s business heritage.

Many at risk are hidden gems, or outwardly unremarkable buildings with a fascinating history behind their faded facades.

In recent weeks, Southwark Council to award protected status to the J Mills and Sons factory on Ossory Road – raising hopes other buildings could yet be saved.

The council could expand existing conservation areas and use article 4 directions – “no demolition orders” – to stop developers from flattening these factories and warehouses.

According to new documents seen by the News, there are at least 21 heritage buildings – industrial or otherwise – that could have a strong case for saving in just one small area off Old Kent Road, from around a 100 analysed by researchers.

Most of these have no formal protection or grade listing, and many have never had their history properly researched or chronicled.

One jewel in Southwark’s crown facing demolition is not a former factory, but instead the old North Peckham Civic Centre, seen by many as one of the finest examples of 20th century architecture on the road.

Mark Brearsely, the owner of Kaymet tray factory on Ossory Road, one of the area’s longest standing heritage businesses, believes Old Kent Road are under threat precisely because they are “industrial” and deemed to have less worth.

“If you can’t see anything of value anywhere then you aren’t looking hard enough,” he told the News.

“Conservation areas should be extended, with new designations, and Southwark Council’s officers should embrace the industrial and be bold with Article 4 directions.”

Brearley described the former North Peckham Civic Centre, and a group of industrial buildings centred around Glengall Road, as “perhaps our best as yet unacknowledged heritage assets”.

Since 2016, a nineteenth century home on Verney Road, the original 1950s Kaymet factory, a gas works building, a 1920s garage and workshop and two adjoining Victorian shops on Old Kent Road, Deptford Slipper Baths on Ilderton Road, and Crosse and Blackwell Factory Buildings on Crimscott Street have all been hit by the wrecking ball.

When asked whether the report meant the council would be seeking extra protection for Old Kent Road’s heritage buildings, Cllr Johnson Situ, cabinet member responsible for growth, development and planning at Southwark Council, said: “We have an ambitious vision for the Old Kent Road; to build on its unique creative character and make it a place where industry can thrive, people can enjoy cleaner, greener open spaces with better air quality, more sustainable transport options like cycling and public transport, and we can deliver the social rent and genuinely affordable homes Southwark needs.

“Old Kent Road has a long and interesting history and we have already committed to doing what we can to preserve and promote this heritage through the regeneration work.

“The area’s rich and varied history will help to inform and add value to our plans and help create a place grounded in its past. We have already extended existing conservation area designations in Old Kent Road (Glengall Road) and protected buildings through Article 4 direction (the stables) and are in the process of designating additional conservation areas on the back of this, and other, research work.

“We don’t see heritage as an add on, but as an essential part of the area’s regeneration.”

Buildings at risk that could yet be saved 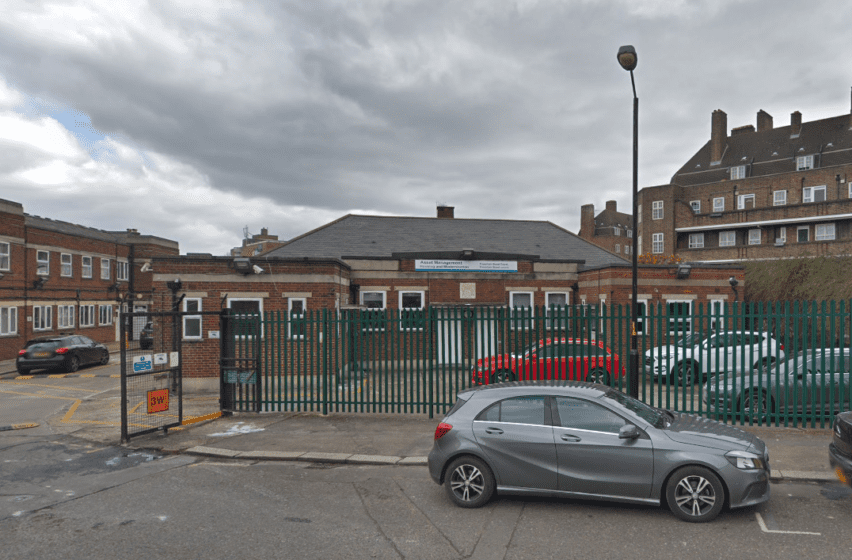 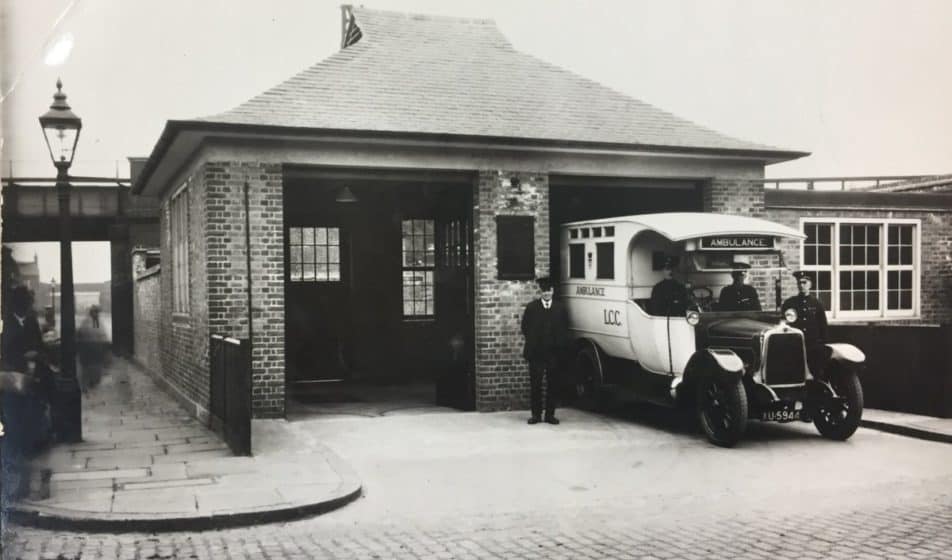 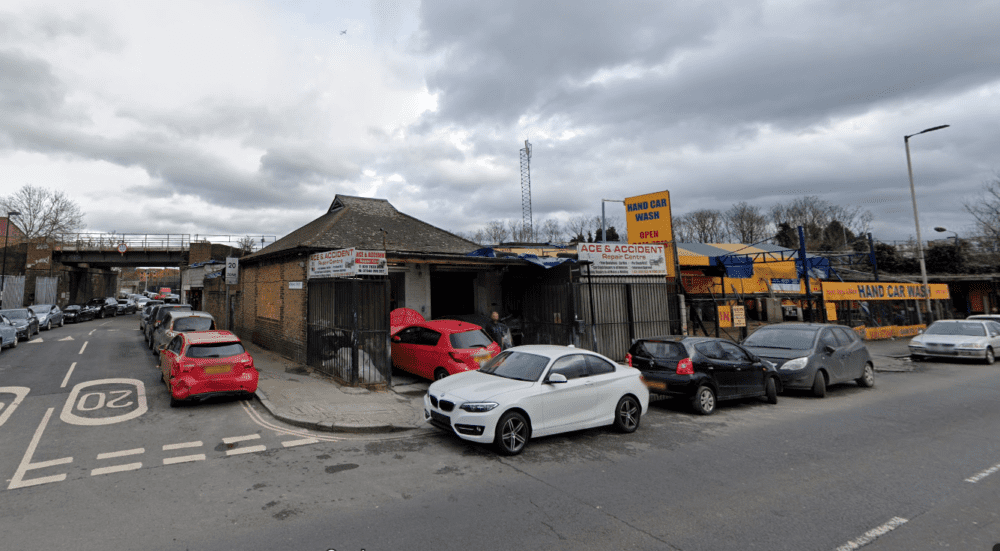 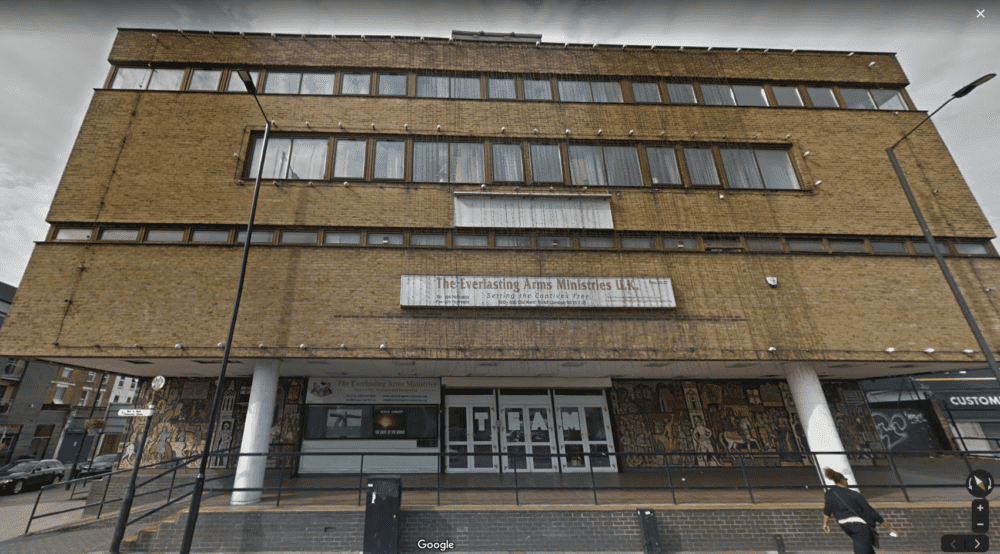 The ex-North Peckham Civic Centre, now used as a church 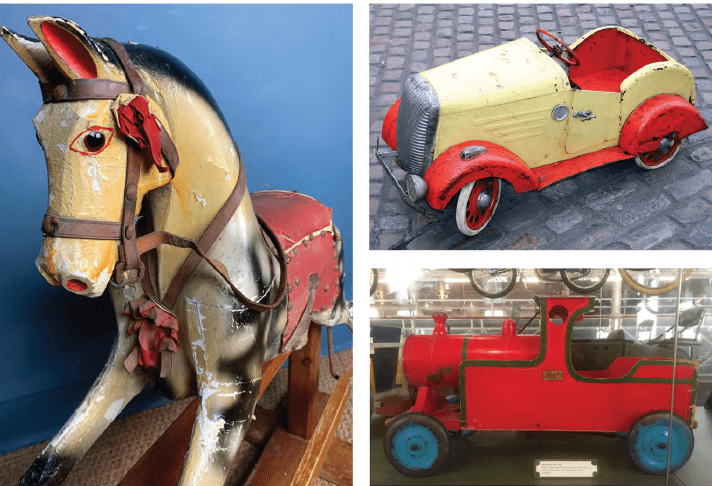 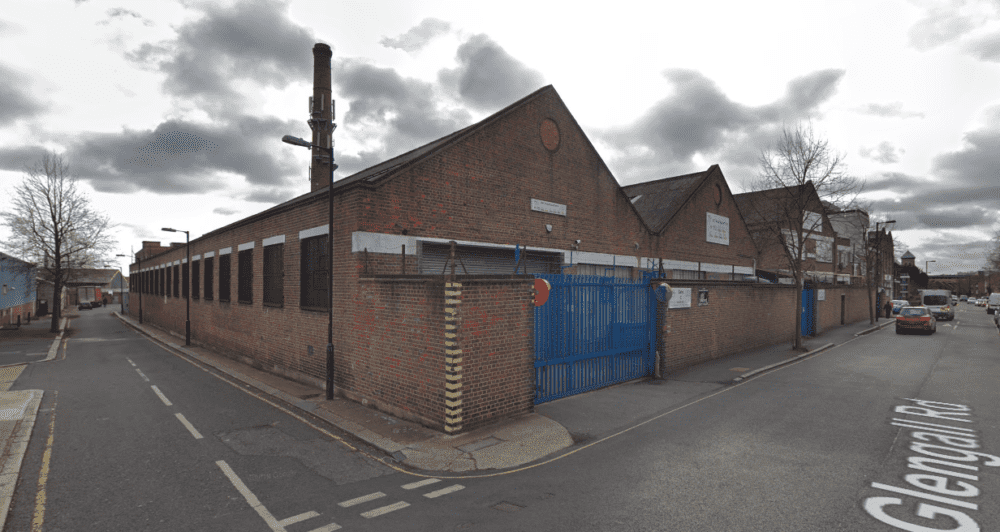 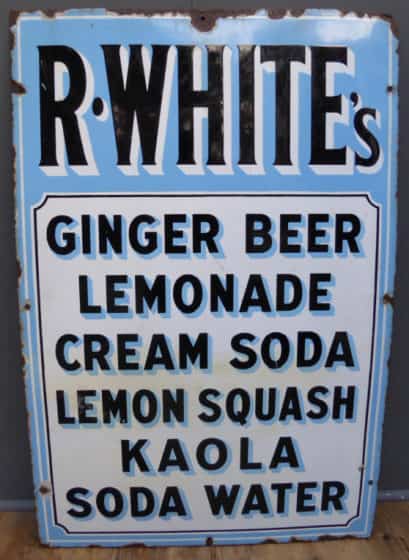 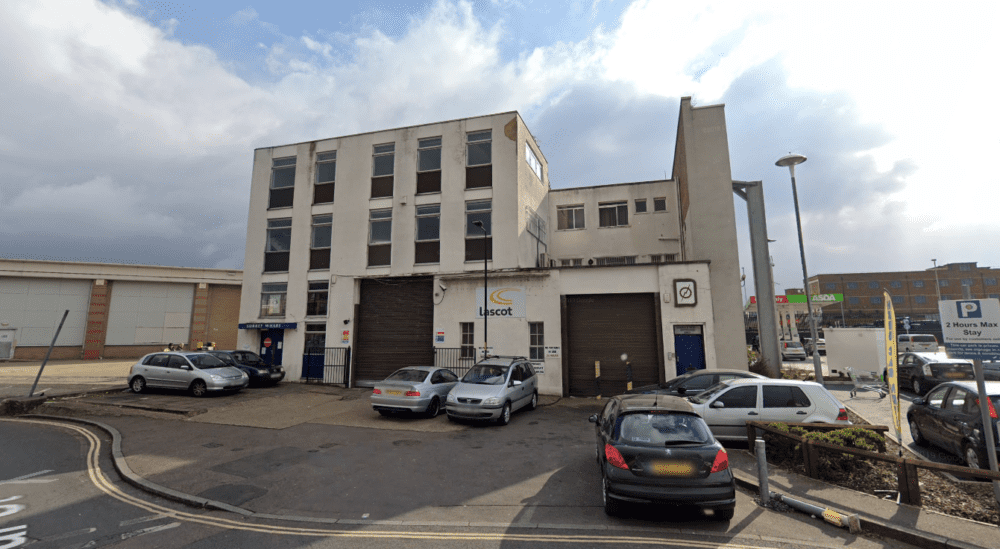 Built in 1966 by the-then borough council the building has been described by Southwark Council as having historic and architectural significance in its own documents, but despite this, current plans show the building knocked down to be replaced with housing, over the new Bakerloo Line extension.

After being sold off, it is now used as a church and out of public ownership.

The building is adorned with a ceramic mural depicting the history of the Old Kent Road, designed by Adam Kossowski, a Polish artist who reached the UK in 1942 who had spent time in a Soviet labour camp. The mural has Grade II listed status.

The mural tells the story of Old Kent Road from Roman times until the modern day Pearly Kings and Queens. In any redevelopment the mural will be saved.

One building in the Horse Shoe Iron Wharves, this part of the former Surrey Canalside was built up in the late 1870s.

The building is the only large-scale surviving remnant of the south side of the canal’s warehouses.

These two buildings, the former R Whites Factory and HQ of London Essence Company Ltd were built in 1920 and 1951 have no formal protection.

The sites had been home to furniture makers and a cold store until Robert White & Sons, the bottled water manufacturers took over and converted the existing building into a bottle factory until the 1920s, when the London Essence Company (known as Lescol) a perfume, soap and drinks maker, took over.

The factory was badly damaged by bombing in WW2 and rebuilt.

Robert Whites Ltd was famous for its lemonade and ginger beer – still sold across the UK – and a huge employer across Southwark, which had a thriving bottling industry.

For more than a century, this site was the manufacturing home of a pram maker, WJ Harris Pramworks, which then became a toy manufacturer, Patterson Edwards.

The existing buildings are post-war. WJ Harris was founded in the 1880s, with Patterson Edwards shortly after.

By 1931, they employed 100 to make the beautiful hand-carved wooden and metal toys, many of which are now museum pieces.

From the late 1880s buildings such as this were used to help control outbreaks of pests and disease in Southwark’s slums and overcrowded housing.

This site, built in the 1930s, was used to destroy clothing and bedding infested with bed bugs or that were believed to be harbouring scabies, and was also the base for the council’s local rodent control.

In the 1930s, offending items were either disinfected with high-pressure steam, boiled in rotary washing machines, or cleaned with antiseptic sprayed gas, such as formalin.  Some items would be incinerated.

It is believed to be the only one of its kind still standing.

You could be forgiven for walking past this building every day and never noticing it, but this small garage, built in 1927, served its community through the Second World War and up until the 1960s but has been largely forgotten and has no memorial plaque commemorating its role or workers.

The architect, G Topham Forrest, was London County Council’s Chief Architect in the early 1900s. Many of his buildings are now Grade listed but he is perhaps best known as one of the designers of two Thames Bridges – and for creating some of the country’s first ever cul-de-sac roads in the garden city movement of the early 20th Century.

The people building these eyesores are foreign based companies with no respect for our culture or history . They just want to make money and Southwark Council, as usual ,has gone along with it