The Irish Navvies of Rotherhithe

Living six in a room, so it’s always warm 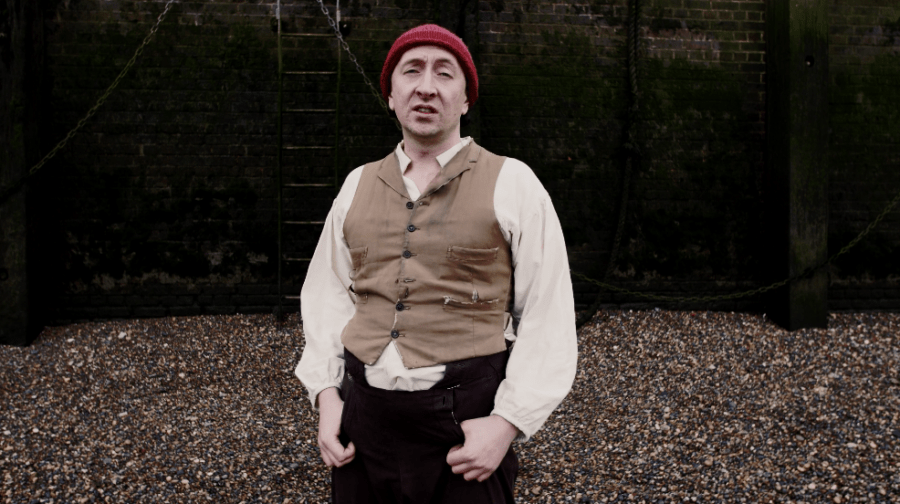 St Patrick’s Day is celebrated with a special collaboration between The Brunel Museum, Spectrum Drama, and the local Irish community that has evolved into ‘Rotherhithe Navvies: Exiles of Erin’, three short films set in the early 1800s that show the migration of Irish people escaping from hardship in their homeland as they sought a better life in London, writes Michael Holland.

Seamus left his wife Mary at home while he set off to earn money in the ‘biggest city in the world’. As he succinctly puts it: ‘I swapped the smell of the dung in the farmyard for the smell of the excrement of all humanity.’ As he walks along the Rotherhithe foreshore Seamus tells of dead horses floating by in the Thames – The Great Sewer – ‘And we drank from it!’

With so much building work going on in the capital there was work aplenty for the hardworking man, even though the Irish were paid about four shillings a week, much less than the English workers. And the underhand racism amongst dockworkers and their ‘closed shop’ system whereby you could only get work in the dock if you knew someone in there, meant the Irish were kept out of working in the Surrey Docks after they had sweated and toiled to build them.

Seamus, however, finds work digging out the Thames Tunnel, and talks passionately about the genius of Brunel – ‘The Frenchman who escaped the revolution’. 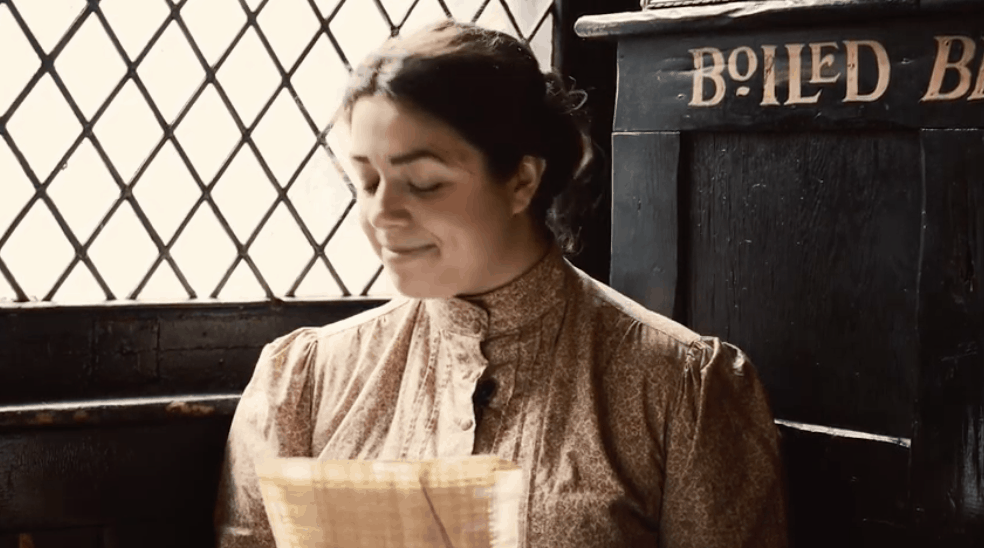 He writes home regularly to Mary, telling her that he is ‘living six in a room, so it’s always warm’, adding that when she comes to join him they will get a room together where they can put ‘a mattress on the floor…’ Seamus has plans. ‘Bring your needle and thread,’ he tells her. ‘We’ll make our fortune.’

The third of the trilogy tells the tale of digging the tunnel, nine inches at a time with only candlelight to help those navvies who were doing the digging; a candle that could explode and burn the worker if he hit gas.

And there were floods to contend with when the Thames breached the works. Eventually, with men dying and the tunnelling halted, Brunel’s patrons got cold feet, and funds dried up. For seven years no work was carried out and even when the Thames Tunnel was finally completed it had no roadway for horse-drawn traffic, and pedestrians were not keen on the many stairs to get up and down, so the tunnel was sold to the East London Railway and tube trains still run through it today.

It is, though, and always will be, the first tunnel under a navigable river anywhere in the world, and that is what makes it stand out as a feat of engineering today.

Rotherhithe Navvies: Exiles of Erin is very nicely written by Colin Uttley and Richard Hodder, but while it deals with very harsh times in our local history, it comes across as a warm and rather twee piece. Seamus seemingly has no regrets about how he and his fellow countrymen were treated here. He makes the flooding and the hard work in an extreme and dangerous environment sound like a nice way to earn a living, as if the opportunity of working for the Brunels made up for everything that was wrong with society in those days of very rich and very poor.

The music, too, written and performed by Emily Rose Laurence puts you at ease and at one with the world. For a moment as I listened and allowed myself to get drawn in, I craved for those good old days of – Of what? Poor pay, poor conditions and a lifetime of us and them.

This new commission is to celebrate the contribution of the Irish community to the creation of the Thames Tunnel, and it does that, but it does that by smoothing over the brutal reality of their lives.

Saying that, I enjoyed the story told here, but it is a softly-lit, soft-focus version of the truth. View the films for free.

View the films for free: https://www.thebrunelmuseum.com/online-activities/rotherhithe-navvies/