Dayana Francisquini’s partner Rafael arrived at hospital believing they had been saved, only to find his entire family had succumbed to the blaze 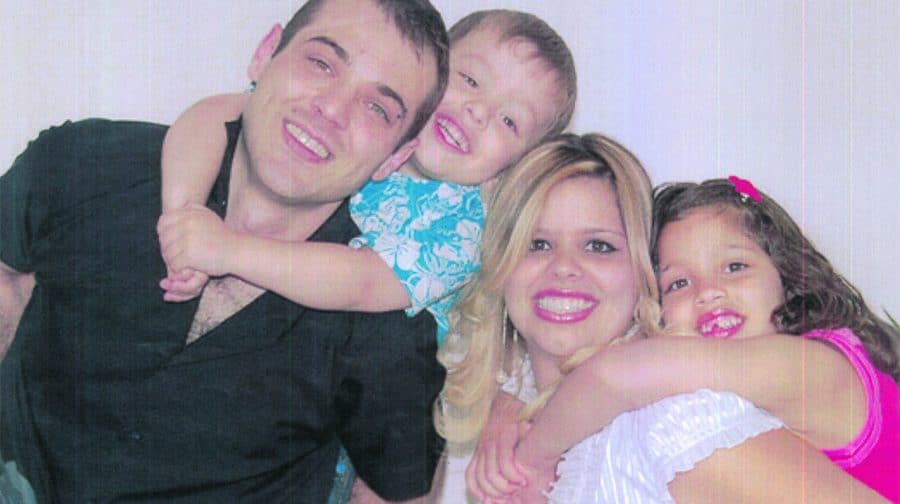 Dayana Francisquini’s partner Rafael told the inquest everything he had ever dreamed of was over in three hours.

He met Dayana in a Brazilian night club in London and lived with her, his step-daughter and son. He described Thais as a ‘dream daughter’ and his son Felipe as a ‘naughty little boy’ who could also be ‘very sweet’.

After rushing home from work after receiving a call from his panic-stricken wife, he desperately tried to reassure her that firefighters were coming for them.

But all he could do was watch helplessly in horror as smoke engulfed the building, telling the inquest “It’s hard when you see what happens, you’re trying to do something, but you can’t.”

Rafael told the jury a firefighter told him the family needed to stay put and told him not to worry, saying, ‘they’re fine’.

He told the jury: “I spoke to her ten seconds before, I told him – ‘she’s not fine, she hung up on me because my son was not breathing anymore’.

He arrived at hospital believing they had been saved, only to find his entire family had succumbed to the blaze.

A fund was set up by the News to help Rafael lay his family to rest in their home country of Brazil.  Their bodies were flown to Curitiba, in the south of the country, with donations from the Camberwell community and funeral director Barry Albin, after Rafael promised Dayana’s father he would return them home. Rafael told the inquest in 2013: “There were so many mistakes and misunderstandings between them [firefighters] it was quite tough. No matter what happens now in the rest of my life, what I went through, from now it’s going to be easy.

“It’s never going to be that bad again… My family won’t come back, that’s for sure, but maybe another family will be alive if they make proper changes.”

He said the hardest part was trying to explain how much he had lost. “The worst thing is when you have to describe your family and what they mean to you”, he said.

“That’s the worst part, when you have a family you love, there’s no way to describe what they mean to you.”