The Merchant Line To Tower Bridge 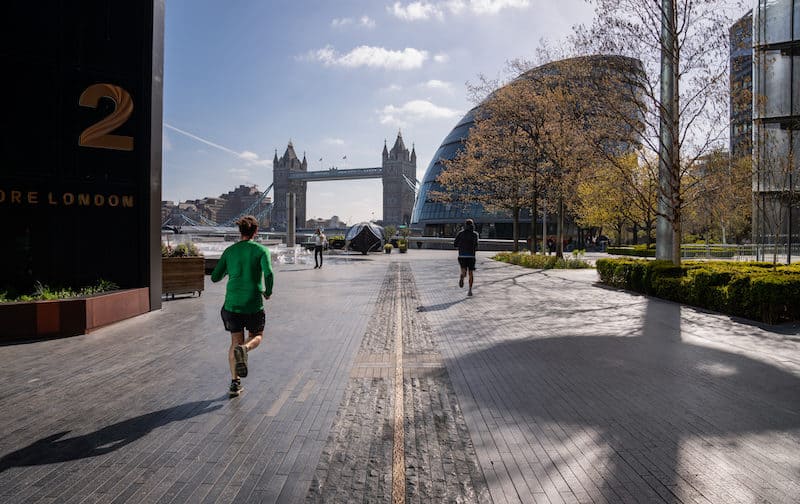 The Merchant Line is a new 250-metre-long public feature bringing to life the engaging tale of London Bridge City’s rich maritime trading history. The cast bronze strip located in More London Place, runs along the route between London Bridge Station and the River Thames, giving Londoners a fascinating insight into the heyday of maritime trade in the area.
The city’s latest architectural facet features a rippling texture along the eye-catching bronze strip to represent the River Thames. The Merchant Line includes findings of historical research along the length of the 250-metre strip, designed to encourage exploration and engagement as passers-by walk its length and unearth interesting facts about the area’s rich heritage. Working closely with the Southwark History Library and The National Archives in Kew, the information represented has been taken directly from Port of London Authority Books.
For centuries, maritime trade from around the world centred on the Upper Pool area of the River Thames, with London’s wharves importing materials for local industries and exporting goods that the area produced. These stories are reflected along the installation for the public to discover the area’s past.
Adam Harris, Project Manager and Designer of The Merchant Line said: “Lockdown has brought an ever-increasing wave of curiosity in the places we live and work, and has allowed us extra time to reflect and explore our surroundings. The Merchant Line’s arrival in London Bridge City really lets Londoners delve into the area’s local history. When standing on site, the community becomes linked to the numerous locations, nationally and internationally, in an area where traded goods passed through. We hope that this will act as a reference point to educate future generations in years to come.”
The Merchant Line is now accessible for viewing between London Bridge Station and the River Thames.