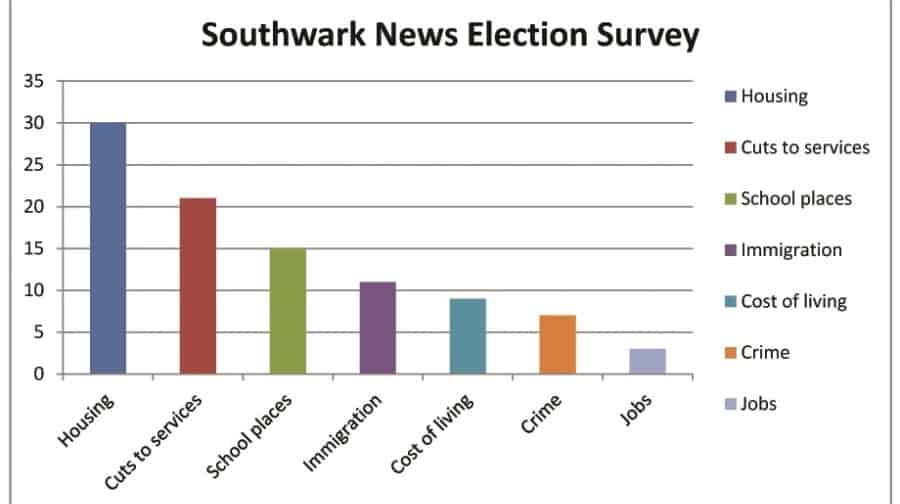 The results of our General Election issues survey

Housing is the issue that matters the most to voters in Southwark, according to a survey by the News.

In the style of the Family Fortunes gameshow, we asked a hundred people what issue would decide their vote this election and 30 percent said housing was the most important factor for them.

A close second, ‘cuts to services’ were a priority to 21 percent with Immigration trailing on eleven percent.

‘Cost of living’ was the most important issue for nine percent of our survey’s respondents and seven percent said ‘crime’ and three percent said ‘jobs’.

Fifteen percent of respondents said that secondary school places were also high on their priority list as Southwark is expected to face a shortage of available places in the next ten years.