The untold story of women and Southwark Cathedral 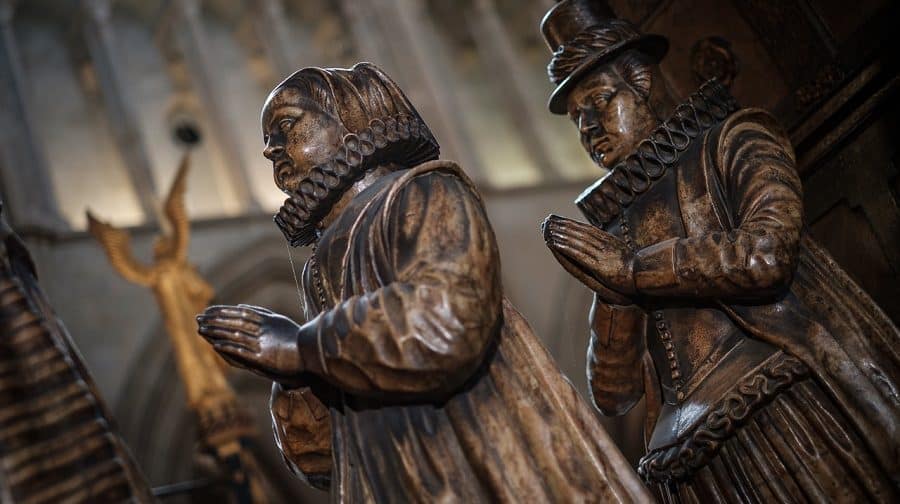 A tour will delve into the forgotten stories of women connected to Southwark Cathedral, including Queen Mary I, who ordered four people to be condemned to their deaths within its walls.

To mark the centenary of women getting the right to vote, the cathedral in Borough has uncovered details about the lives of Victorian pioneers such as Octavia Hill, Ada Salter and Isabella Gilmore, and benefactors including Dorothy Applebee and Elizabeth Newcomen.

As part of the Women of Southwark – The Untold Story Tour, visitors will also learn about the cathedral’s early convent, the lives of those living in the borough’s brothels, and the impact of Queen Mary I on the life of the cathedral.

The cathedral’s visits and tours officer Ruth Miller, who organised the event, told the News: “There’s those particular people, those figures like Mary I whom we know sort of had a turbulent time.

“We’ll talk about how she came to the throne in the Protestant period as a strong Catholic, how the Bishop of Winchester had fallen back into favour with the crown at that time and how a lot of people were sent to their deaths.

“One of the things that has become incredibly apparent while researching this is that there are lots of women buried here at the cathedral who left a legacy of housing for poor women and men, and for some reason we don’t seem to think about the importance of women with housing.

“Octavia and Ada, who are connected locally to the cathedral but aren’t buried here, both did significant work on housing and for some reason there’s invisibility with women’s roles and sometimes it can be because of their status or that they are a house wife.

“We know there was quite a big social status with where you sat in church in the pews and if your husband died and your status changed you were expected to change your pew in the church,” she added.

The cathedral is home to a number of historic objects donated by benefactors including a candelabra made by Dorothy Appleby, who also left behind money for a school to be set up in the area when she died at the end of the seventeenth century.

A number of corbels are currently being made for the cathedral, and one of those is of suffragette Evelyn Sharp (1869 to 1955), who set up a café and community space for working women on Borough High Street.

“My favourite part of their wills is when they talk about their jewellery and who they’re leaving it to.

“In her will, Ann Austin – who left behind a legacy of two houses for elderly women – said King James I owed her husband money, which is just one example of men and women in the cathedral connected with the royal household. It’s quite a strange thing that they’re brushing quite closely with the king and queen.”

Women of Southwark – The Untold Story Tour will be held at Southwark Cathedral from 11am-12pm on Saturday, September 8.

Tickets cost £8 and can be bought online: www.eventbrite.co.uk/e/women-of-southwark-the-untold-story-tour-tickets-46847104952