Southwark says balcony display is a health and safety hazard 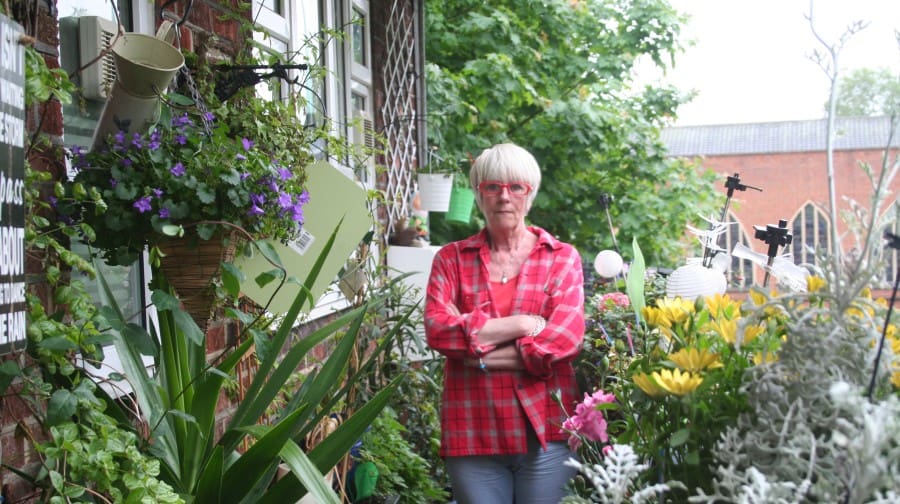 A furious pensioner has vowed to be a thorn in the council’s side after she was ordered to remove the pot plants and hanging baskets from her balcony because they were a health and safety hazard.

Southwark has temporarily held up a white flag to Conant House resident, Pat Bryan, after she said she would stand by her balcony gate and defend her prized plants if officers tried to remove them as planned today.

Following an intervention from Councillor Eleanor Kerslake, the council has suspended the enforcement action on the Kennington block while it tries to get to the root of the problem. Retired grandmother-of-five, Pat, proudly displays her two Southwark in Bloom awards in her “beautiful” balcony garden, which the neighbours say always cheers them up.

After the tragic Lakanal fire, which killed six people in 2009, Pat and her husband Andy understood why they had to pay to have their balcony gate moved to directly in front of their door. But when a letter came through the door last week saying they would need to remove that same gate along with all their balcony plants or the council would remove them and send the bill, Pat was blooming fuming.

“I’m not letting it go. They can take me to court. I will stand at that gate and say ‘you are not touching anything – take me to court!’,” said the Walworth-born housewife. The green-fingered gran said it would “really upset” her to lose her beloved high-rise haven. “I love my plants and I can’t have a garden so this is all I can have,” said the 60-year-old.

Pat Bryan showing off her Southwark in Bloom awards

Councillor Richard Livingstone, Southwark’s cabinet member for housing, said: “Given Southwark’s past history, reducing fire risk is a key council priority. However, Councillor Kerslake has raised this issue of Conant House with me and so I want to make sure that we have got the balance right in this case. As a result, enforcement has been suspended so that officers meet with the residents to talk through any concerns.”