Southwark Embalmer: ‘Our job is to bring comfort to those left behind’ 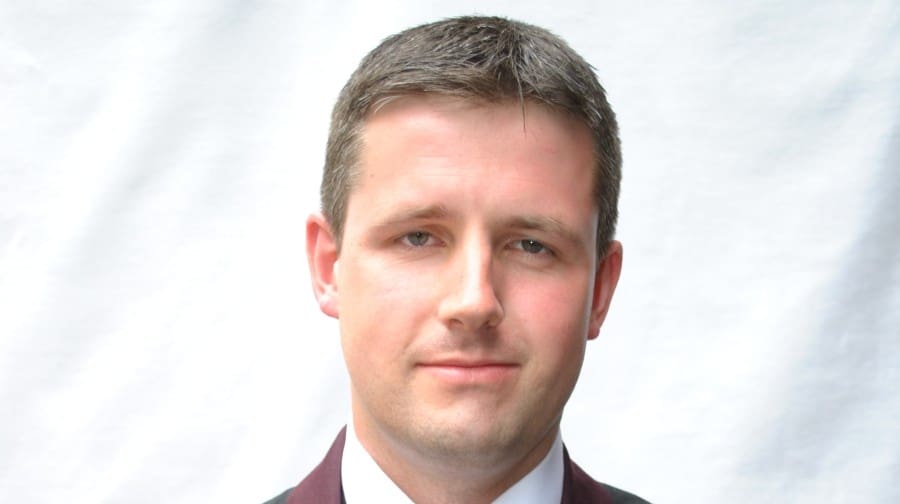 When he was studying graphic design, David Spalding had no idea he would be using his artistic skills in a mortuary,  preparing bodies of the deceased to look their best for their loved ones, writes Amelia Burr…

At fifteen-years-old, David turned up at F.A. Albin & Sons in Bermondsey for his two weeks’ work experience slightly unprepared. Unaware he was going to a funeral director’s, he arrived in a pair of jeans and a T-shirt – a decision he soon regretted when he was summoned to Barry Albin’s office.

‘Stand up’, ordered Barry before he said: ‘Well, you’re the right height to carry a coffin, but I don’t like the way you dress.’

The first time David saw a dead person in that memorable fortnight has stayed with him ever since.

“I remember how she looked. She had curly hair and lovely cosmetics, though a bit too much rouge in my opinion,” he added shyly with a modest blush. “She looked lovely but she didn’t look real. From there on nothing scared me. I could go out and get stabbed in the street, but nothing was going to happen to me here just looking at this lovely lady.”

The enthusiastic teenager worked there most of the following summer holiday and after completing a three year Embalming diploma, became the main man of the mortuary on site in Culling Road at the tender age of 22.

Now David works alongside his fellow embalmer, Pauline Farrell, who will often tend to deceased women at the request of their families.

Asked what an embalmer does, David, 31, gives two very different answers. The first is ‘text book’ – presentation, preservation and sanitation. In a ‘standard’ case, the deceased is washed, embalmed (where a preserving chemical is injected around the body’s blood vessels to keep it from deteriorating) and ‘dressed’, which all takes about three hours. The second answer speaks to the heart of how we deal with death and mortality in our culture.

“The whole point of our job is to bring comfort to those left behind. To some people their world has fallen apart but when I put their loved one in the chapel it’s like it’s put it back together again. I feel it serves a purpose in itself – so they can have that last memory.

“Sometimes you get vibes. You get a glimpse of what was once there. With the photos that the family brings in, it gives you an impression of what they were like when they were alive and my job is to create the feeling that everything is OK.”

The mortuary at F.A. Albin and Sons where David works

After more than ten years working for the firm responsible for bringing British soldiers killed in action back home from Iraq and Afghanistan, David has become a specialist in the challenging art of reconstruction. This kind of work is needed when the deceased suffers a severe trauma to various parts of their body, which will need reconstruction before the family can see them and spend time with them. On some occasions the deceased would have no lesions to their skin but the blast force of an explosion had caused their bones to collapse. David would then need to use his extensive medical experience to restore any internal damage to their face and limbs.

“Seeing is believing,” added Barry Albin, who explained that when families have not seen their loved ones since they were deployed, repatriation of the deceased is hugely important. “It does make you reflect on your life,” said father of two, David, who has always tried to be upfront with his children about his profession.

“When they ask I say I look after people who have died. When I used to go out to Afghanistan and Iraq my youngest used to say I was a soldier, so I said: ‘I’m going to where soldiers are because one has sadly died and I need to bring them back to make them look nice for their family.’”

David has not always been so honest with the ladies, though, whom he used to tell he was a chauffeur. On a second date he might say he was a chauffeur who worked for a funeral director’s… who sometimes ‘helped out’ in their mortuary. But his white lies soon started to unravel when his date would ask if he had ever driven anyone famous. “I could never tell them because they were all dead.”

The toughest day David has ever had at work was when he had to embalm one of the Albin & Sons’ ‘family’, Dave ‘Wally’ Wallace, who had been a chauffeur and bearer there for twelve years.

“That was really hard but it was the one and only thing I could do for him and his wife, Sandra. Everyone else was going to do their bit on the funeral and I didn’t want to give him to someone else. I knew Dave and what he liked.”

With Wally’s favourite music playing, David was joined by the rest of the Albin lads, who all helped to dress him. “It’s such a family here. I’d drop anything to help the guys here.”

From an Indian Bishop who had an up-lit throne constructed in his coffin, to a drummer who was buried with his sticks in hand, David has taken the greatest care to make the deceased look their best “as if nothing has happened.”

“The bonus of my job is that I do bring comfort to people and it is a true privilege to do so,” said David.

Southwark NewsNewsSouthwark Embalmer: ‘Our job is to bring comfort to those left behind’