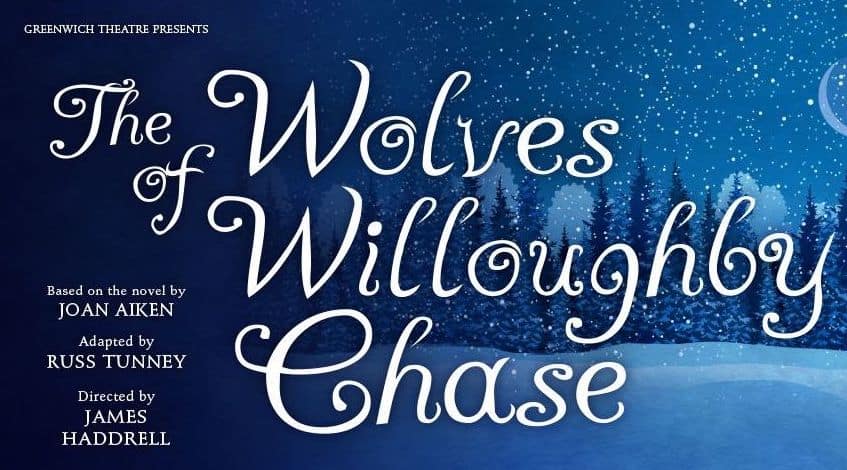 This Christmas, Greenwich Theatre reopens with Russ Tunney’s thrilling festive adaptation of Joan Aiken’s classic children’s novel, The Wolves of Willoughby Chase. This fun-filled socially distanced adventure is accompanied by an online and interactive experience, Sir Willoughby’s Challenge, for those unable to attend the live performance.

The Wolves of Willoughby Chase tells the story of two brave and determined girls as they encounter unforgettable characters, take on ferocious wolves and battle through snowy wastelands. Bonnie, Sylvia, and their friend Simon the Goose-boy soon realise that the wolves roaming the forests outside may not be as dangerous as the wolfish adults plotting inside.

Alongside the live performance, Greenwich are also offering audience members the opportunity to join the cast in an online challenge to help Bonnie and Sylvia on an epic venture through their wintry world. Sir Willoughby’s Challenge is a brand new theatrical experience for brave and intrepid adventurers aged 6 to 12.

For those unable to attend the live performances, the theatre has also created a brand new online and interactive experience – Sir Willoughby’s Challenge.